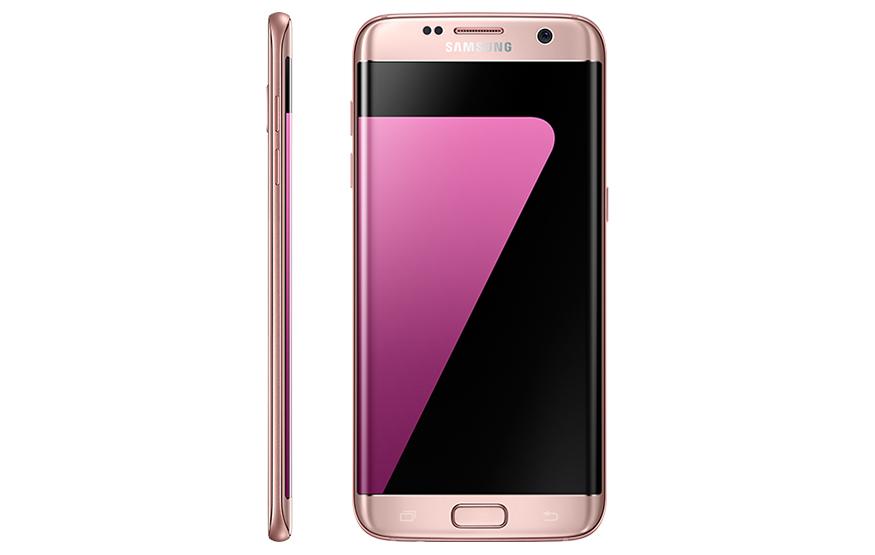 A "pink gold" version of Samsung's Galaxy S7 Edge is now available in Australia, complementing the current black, silver, and gold models. The phone is only available in a 32GB configuration (with expandable storage), and retails for AUD$1,249.

"Pink gold was chosen as it, like the other colours available for the Galaxy S7 and S7 Edge, is a natural colour that provides a sense of comfort," said Samsung when the colour was first announced in April. "These hues glitter and shimmer as if illuminated from inside their glass surfaces."

"In particular, the refined, skin tone-inspired pink gold colour scheme is intended to soothe and incorporate a touch of gentleness, radiance and sophistication to the smartphones' design."

Rose gold (or pink gold, as Samsung refers to it) has become an increasingly popular among smartphone manufacturers since the launch of Apple's iPhone 6s. Huawei, LG, OPPO, and HTC have all followed suite with rose gold devices, although few of these have been released in Australia.

At time of writing, it looks like the pink gold S7 Edge is only being sold through Samsung's online store. We've followed up with Samsung Australia to see if the handset will be available through any other channels. As it stands, only the S7 Edge is available in pink gold.