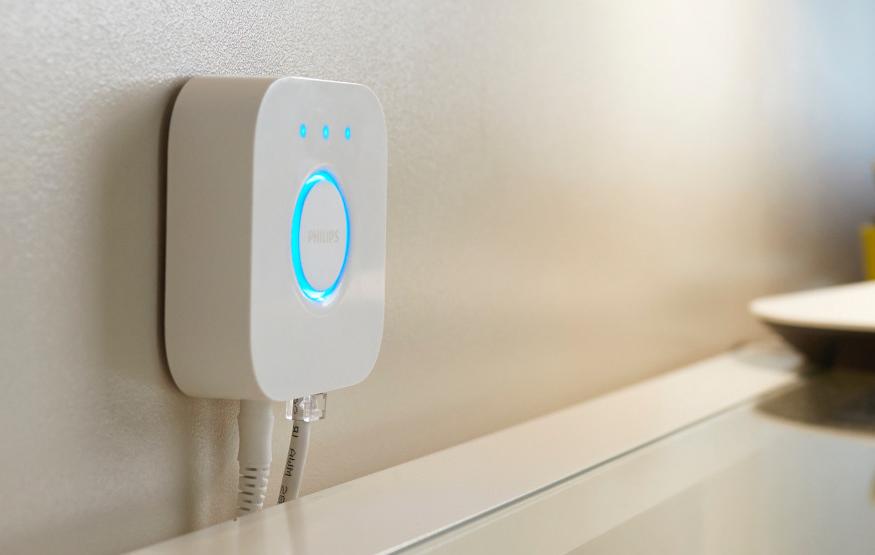 Philips is expanding its Hue smart bulb ecosystem with a new HomeKit certified base station. Informally referred to as the Hue 2.0 bridge, the upgraded hub fits into Apple's smart home framework, allowing users to control their lights simply by talking to Siri.

HomeKit compatibility will also allow Hue bulbs to interact with other HomeKit enabled devices. A HomeKit enabled smart lock could, for example, turn on a user's lights after the door is unlocked.

The new Hue bridge will work with all existing Hue bulbs, and will be sold separately. A user will simply be able to swap out their existing bridge for the new model. For users new to the Hue ecosystem, Philips will sell a new starter pack featuring the upgraded bridge and revamped smart bulbs with a brighter 800 lumen output.

Philips will launch the new Hue bridge locally in 2016, but pricing and availability have yet to be confirmed.