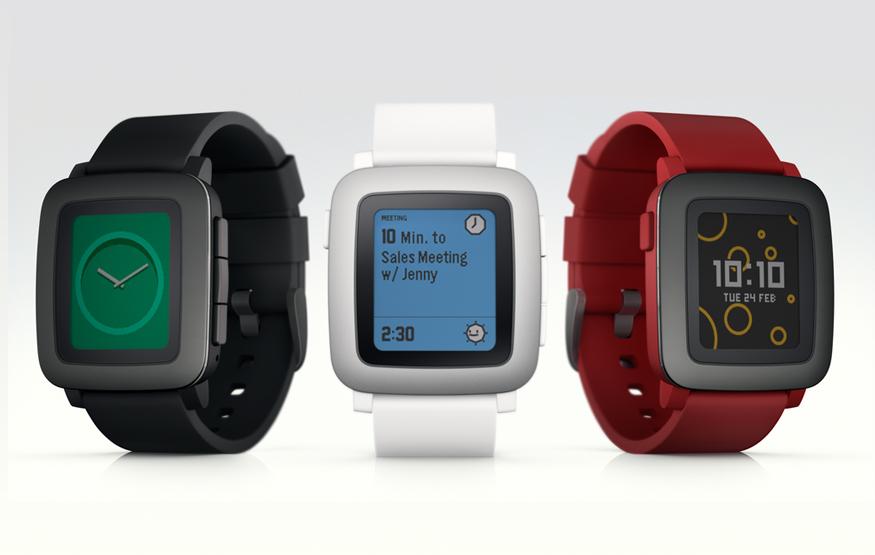 Smartwatch start-up Pebble Technology today announced the Pebble Time, its latest wearable device. Much like the original Pebble and the Pebble Steel, the Pebble Time has an e-paper screen (albeit colour now) and a battery that's measured in days (seven, specifically) as opposed to hours.

As with the original Pebble smartwatch, Pebble is funding its new wearable through Kickstarter, where backers are able to purchase a Pebble Time for USD$179 for an expected May delivery. At time of writing, Pebble has raised USD$6.5 million, obliterating their USD$500,000 goal. The Kickstarter campaign will run for 31 days.  When the campaign concludes, the Pebble Time will be available for USD$199.

Other than the colour screen, the Pebble Time's other key new feature is a microphone for sending voice replies to incoming notifications and note-taking. The company says this functionality is compatible with most Android apps, but limited to Gmail on iOS at present.

Another new addition is a rear-facing hardware port that will allow third party manufacturers to build Pebble compatible accessories such as docks and smart straps. In terms of design, the wearable is also 20% thinner than the original Pebble, measuring in at 9.5mm.

Pebble has also redesigned its smartwatch operating system, organising it around the idea of time. Pressing the Time's "future" button displays upcoming appointments and alarms; the "past" button shows information such as missed notifications and step counts; and the "present" button is used to show the time and to open up apps. In its Kickstarter pitch, the company says the "timeline takes an incredible amount of information and makes it super easy to access".

Despite the new software, Pebble Time is backwards compatible with all existing Pebble apps and watch faces.