Your laptop/notebook/netbook/ultrabook’s great unsung hero is its processor. Its look, and desktop may be the public face of your PC, but without a good processor driving it, your device is nothing but a door stop or oversized paperweight. This is where the likes of AMD and Intel come into play. The humble processor is what gives our computer’s engine its grunt; it’s the difference between a great experience and an awful one.

So what does the new Intel processor offer? Quite a bit in fact with battery life being one of the key improvements. Intel says the capacity to watch an HD movie goes up by about 50 percent, which means that everyday use goes up by even more – twice as long in some cases. The other obvious area that people will notice are the graphics it puts out, with Intel saying the Iris Pro units offering up a huge 200 percent more performance over current ones.

So what are vendors offering up with the new chipset? Let’s have a look.

ASUS is keen to spruik the power saving aspects of the new chipset with its N550JV and G750 laptops, which are aimed at the gaming market. This makes sense, with gaming certainly being an activity that sucks the power out of your portable device. They have yet to release their ultrabook range with the updated processor but have indicated that they will be doing so soon, and all will have touchscreen capability that some of their previous products didn’t have. 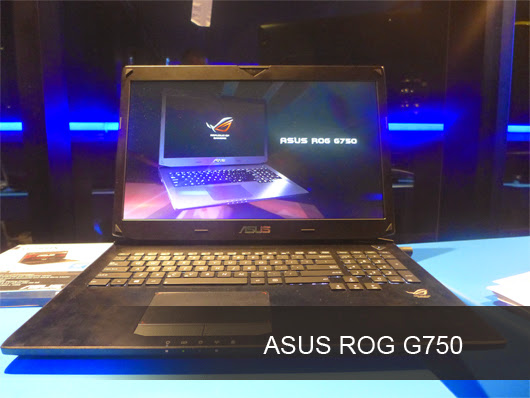 Dell’s Alienware brand has been the choice of many hardcore gamers, and the 4th generation’s chipset will be a boon for the company. Its Alienware 17 and 15 inch products will be loaded with the new processor. As well as the popular longer battery life which is essential for gamers, it also allows overclocking on an unprecedented scale.

As you would expect, HP has upped the ante with the new chipset allowing its Envy 15 and 17 devices to be super fast . These PCs have a one-piece aluminium shell, and is loaded with Beats Audio for those of us who like decent sounds. The 15-inch device is touchscreen, while the 17 is not.  Like most laptops with the new chipset, HP are excited about the graphics and battery life now on offer. They are also building on face recognition and gesture control, which the 4th generation chip has made easier.

The company’s Rove 20 is a portable all-in-one that can recline to any level, has 10-point capacitive touch and is portable within the home, which means it is suitable for kids to move around the house or out on the deck. As well as being touch-enabled it also has a wireless keyboard and mouse. HP are marketing it as a work and entertainment hub.

LG has admitted that it won’t be until September before its devices are fitted with the new chipset, but they have still given us a head’s up on what they hope to achieve this year.  Its Tab Book device certainly looks interesting, which comes with an auto-sliding keyboard so it can shift from tablet to laptop with ease. It has a 180GB SSD card with 4GB of memory, so there is plenty on offer for the consumer and business professional. It has a more-than-reasonable 11.6-inch screen – enough to watch a movie or look up that spreadsheet. It also has been a little hush-hush about it ultrabook range but we did manage to get a snap of its 15U530 device that will be available in Q3.

The Viao Pro 11- and 13-inch models will come with the 4th generation with the 11-inch coming in at just under 900 grams while the 13-inch just over a kilogram, which Sony puts down to the new chipset. Designed with uber portability in mind, these carbon fibre units now have an extended battery life with the Pro 11 coming in at 15 hours, up from 7.5 hours previously, while the Pro 13 gets 17 hours.

The company’s Vaio Duo 13-inch model will still have the sliding form factor, going from a laptop to tablet with ease. Again, battery life is key to these devices, with up to 13 hours now expected using the new chipset. It also can wake up from sleep in less than a second, has a built-in 8 megapixel camera, and has the ability to constantly update on the go.

Toshiba has hit the ground running with no less than three of its devices taking on the new technology. The Satellite X70 series are a couple of gaming machines that love the new  chipset due to the graphics on offer, and once again, the amount of battery time.  With up to 2.2TB of storage, wifi ability and a 17-inch screen, these will tick the boxes for many gamers.

Then there is the Satellite P50, which is a 15-inch touchscreen device loaded with Windows 8. With Harman Kardon speakers, NVIDIA GeForce graphics, and 1TB Of storage, this is the ideal portable device for the busy executive on the go. Its stable mate, the P70, is a bigger version with more storage and a 17-inch screen with 16GB of memory. Its graphics are said to be amazing. 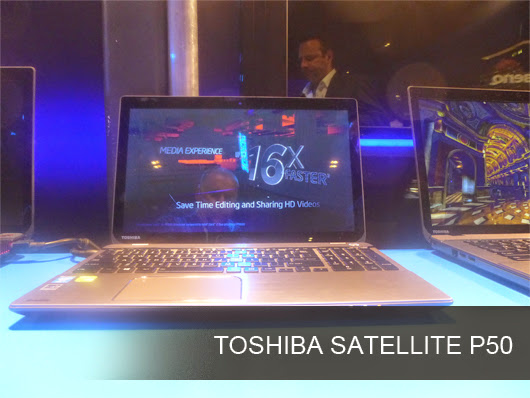