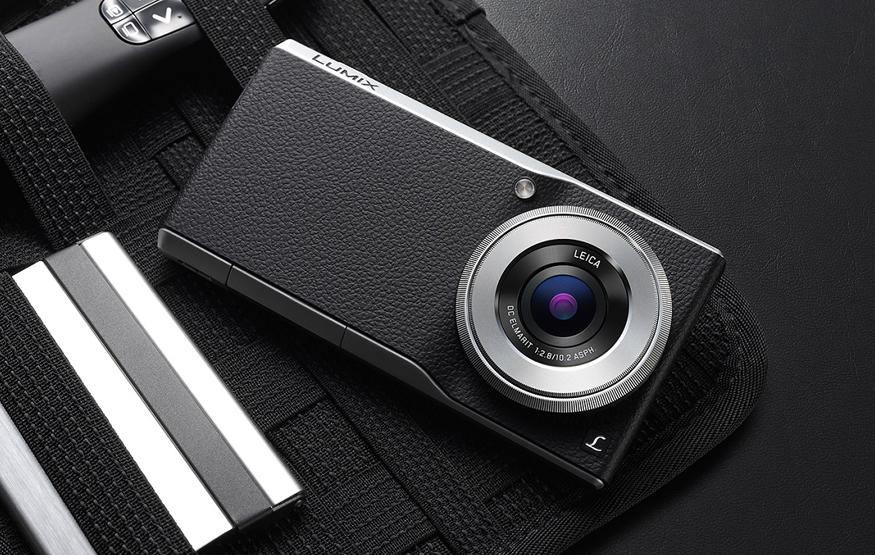 Panasonic today announced that its DMC-CM1 smartphone, a Lumix branded point-and-shoot that doubles as an Android-powered handset, will be available in Australia from mid-July at a recommended price of AUD$1,399.

The camera-smartphone hybrid boasts the same one-inch, 20 megapixel sensor used in Panasonic's Lumix FZ1000 compact shooter, and is said to allow for greater "low light performance with minimum noise". For comparison, the iPhone 6's camera utilises a 1/3-inch sensor, while the LG G4 features a 1/2.6-inch sensor. A micro four thirds camera such as the Lumix G7 uses a slightly larger 4/3-inch sensor.

In addition to the bump in sensor size, the Lumix CM1 features a protruding lens partnered with a control ring that can be used to adjust focus, aperture, shutter speed, ISO, white balance and exposure. This results in somewhat larger-than-usual body, with the Lumix CM1 measuring in at 21.1mm at its thickest point.

In terms of hardware, the Lumix CM1 is powered by a quad-core Snapdragon 801 processor clocked at 2.3Ghz, 2GB of RAM and a 2,600mAh battery. Its 4.7-inch screen runs at 1080p, and the device boasts 16GB of expandable storage. The Lumix CM1 is preloaded with Android 5.0 Lollipop.

Panasonic has yet to confirm which retailers will carry the Lumix CM1.

Previous Post The HERO4 Session is GoPro’s smallest and lightest camera yet
Next Post CyberShack TV: A look at the Toshiba Portege Z20t