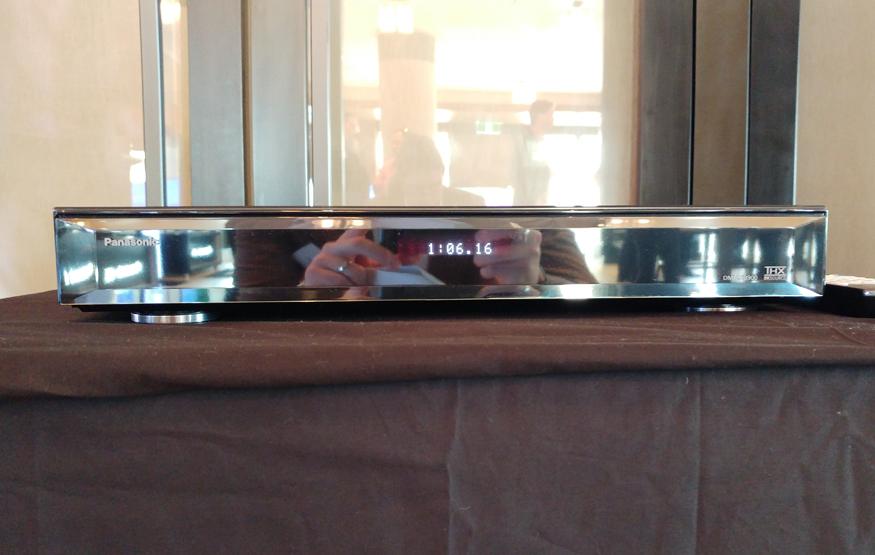 Panasonic's first 4K UHD Blu-Ray Player – the DMP-UB900 – will be available from Australian retailers before the end of the month, ahead of its previously scheduled September launch. The player will retail for AUD$1,099, and is capable of playing 4K UHD Blu-Ray discs, standard Blu-Ray, DVDs, and CDs.

While the DMP-UB900 is being sold at a premium when compared to Samsung's 4K UHD Blu-Ray and the 4K UHD Blu-Ray compatible Xbox One S (priced at AUD$599 and AUD$549 respectively), Panasonic has kitted out the player with a number of audiophile specific functionality. This includes a twin HDMI setup that separates picture and sound, analogue 7.1 connections, and support for high resolution audio formats including DSD, ALAC, FLAC and WAV.

4K UHD Blu-Ray is a new disc-based standard that facilitates higher resolution video, and support for 10-bit colour and high dynamic range (HDR) content. While UHD Blu-Ray discs offer up much greater colour expression than a standard Blu-Ray, users require a wide-colour gamut TV (one that supports the HDR10 standard) to get the most out of this functionality. Most 4K TVs will be compatible with the DMP-UB900, but non-HDR 4K TVs won't be able to display the complete spectrum of colour information.