Pack your bags and buckle in: NASA discovers “close cousin” to Earth 1,400 light years away 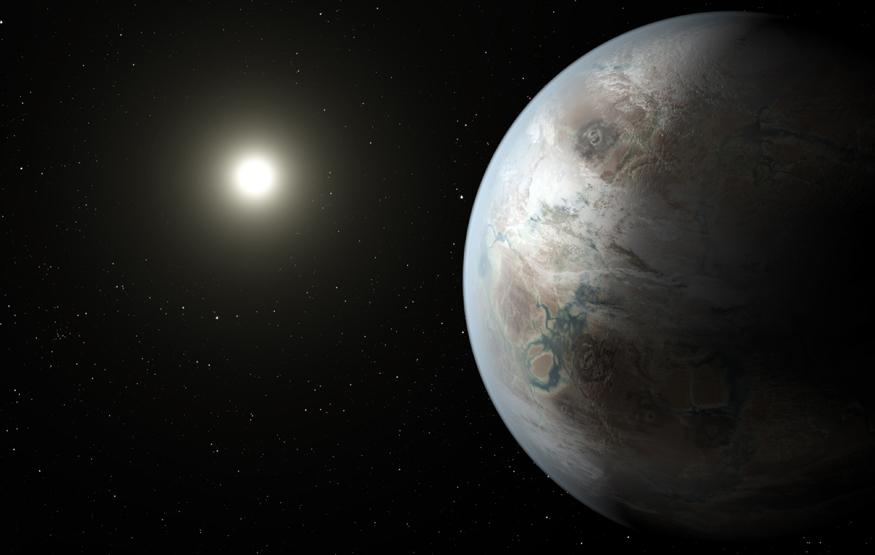 NASA today announced the discovery of Kepler-452b, the first Earth-like planted in a "habitable zone" around a sun-like star. Described as a "bigger, older cousin to Earth", Kepler-452b was discovered by the Kepler Space Telescope, a spacecraft launched by NASA in 2009 to search for habitable planets.

"We can think of Kepler-452b as an older, bigger cousin to Earth, providing an opportunity to understand and reflect upon Earth’s evolving environment," said Jon Jenkins, Kepler data analysis lead at NASA's Ames Research Center in Moffett Field, California. "It’s awe-inspiring to consider that this planet has spent six billion years in the habitable zone of its star; longer than Earth. That's substantial opportunity for life to arise, should all the necessary ingredients and conditions for life exist on this planet."

Kepler-452 is 60% larger in diameter than Earth, but its 385-day orbit is only 5% longer than Earth's own. The new planet is 5% further from its sun-equivalent than Earth is from the sun.

While Kepler-452's mass and composition have yet to be determined, NASA says that previous research suggests that planets of its size have a good chance of being rocky.

Kepler-452b is located 1,400 light years away in the constellation Cygnus. Assuming a similar speed to a probe such as New Horizons (around 16,000km/h), it would take over 90 million years to reach the newly discovered planet. Science fiction technology such as Star Trek: The Next Generation' warp drive would cut the trip to less than 24 hours, assuming a "warp factor" of seven.