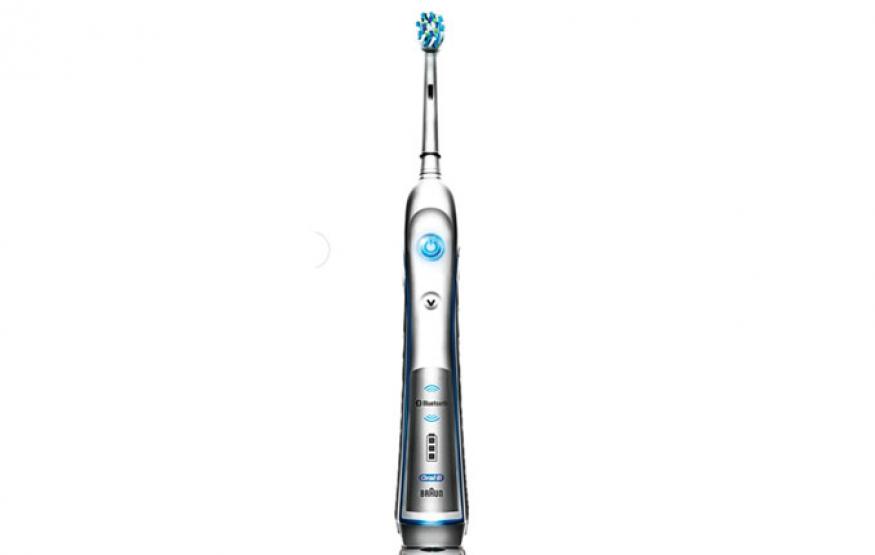 The SmartSeries 7000 is similar in appearances to a regular electric toothbrush, but has the novel addition of Bluetooth. Aside from making the device prime pun material, Bluetooth connectivity allows the toothbrush to communicate with an app for iOS and Android devices. The Oral-B app can provide users with real-time feedback as they brush, as well as record brushing activity.

In addition, the app can be used as a “remote control” for customising the brush. This can include setting target brushing session lengths and preferred clean modes. Users can choose from daily cleaning, deep clean, whitening, gum care, sensitive clean and tongue cleaning.

According to Sydney Dentist, Dr. Chris Ho, many people brush too hard, and the SmartSeries 7000 will tell people to pull back if they’re brushing too hard via both a flash on the toothbrush and a notification on the app. “If you scrub your teeth too hard it actually wears away the enamel, which causes teeth to get yellower and teeth to get sensitive,” said Dr. Ho.

The Oral-B SmartSeries 7000 Bluetooth toothbrush will go on sale in October for AUD$329.99. It will be available from Harvey Norman, Myer, David Jones and Shaver Shop.

We’ll have a comprehensive review of the Oral-B SmartSeries 7000 Bluetooth toothbrush up in the next week or so.