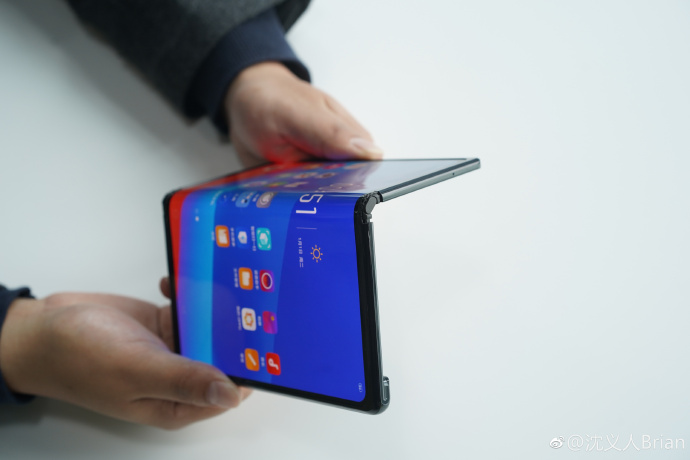 OPPO has been scant on details about a rumored folding phone, but after the response to Huawei’s Mate X and the Samsung Galaxy Fold, OPPO Vice President Brian Shen shared images of his company’s unnamed device on Chinese social media site Weibo.

The design looks more similar to Huawei’s foldable than Samsung’s, with the screen wrapping around the outside and a thick bar on one end for cameras. Mr Shen indicated on the Weibo post that OPPO would be unlikely to put the device on sale unless they see enough demand for it, and even mentioned that adding a foldable display does not bring about an improvement in user experience.

Given that other foldable devices are expected to retail locally for over $3000, an OPPO foldable would potentially cost three times more than their other smartphones.

In addition to the foldable reveal, OPPO has shown a prototype optical zoom lens for their next smartphone, which can zoom up to 10x without a drop in quality. The camera setup includes a triple lens structure with optical image stabilization. The cameras offer an equivalent focal length of 16mm-160mm, providing users with an impressive variety of focal lengths for photography.

Additionally, 5G is coming to the OPPO lineup later this year. The company’s first 5G smartphone will include a new Snapdragon 855 processor, and will be available through Optus and Telstra locally. It’s unclear whether the new phone will come with the new camera setup, but it would be a very compelling device if so.