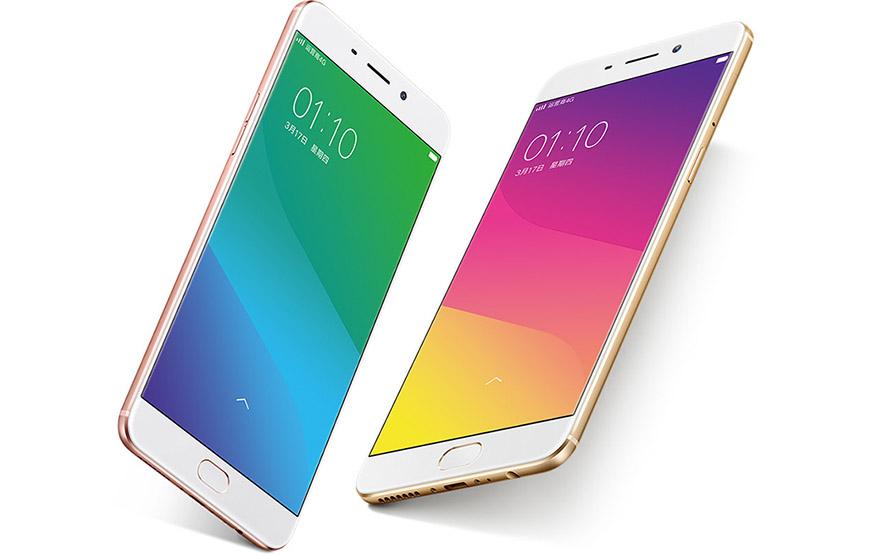 OPPO today announced a pair of new phones, the R9 and R9 Plus. While they’re similar in design to OPPO’s previous phones, they have a unique twist compared to phones from other manufacturers.

The OPPO R9 is a 5.5-inch device with 64GB of storage. Interestingly, the front-facing camera has a 16 MP sensor, while the rear facing one is 13 MP. A 2850 mAh battery should provide plenty of power.

Its larger brother, the OPPO R9 Plus, is a 6-inch phone with either 64GB or 128GB of storage. 16 MP sensors are present in both the front and rear. Battery life ought to be impressive, with 4120 mAh.

Both phones have expandable storage via microSD, VOOC Flash charging, and both run Android 5.1.1, despite other Android phones looking towards Android 7.0 later this year. A fingerprint reader is embedded into the home button on both phones.

While OPPO hasn’t changed the design radically compared to its previous smartphones, they still look quite attractive.

There’s no current announcement for when these phones will be out in Australia, but in China, the R9 is coming out on the 24th of March and the R9 Plus will be out on the 12th of April.

Given OPPO’s previous commitment to the Australian market, we can expect to see a local release some time in the future.