OLO is an affordable 3D printer that uses your smartphone 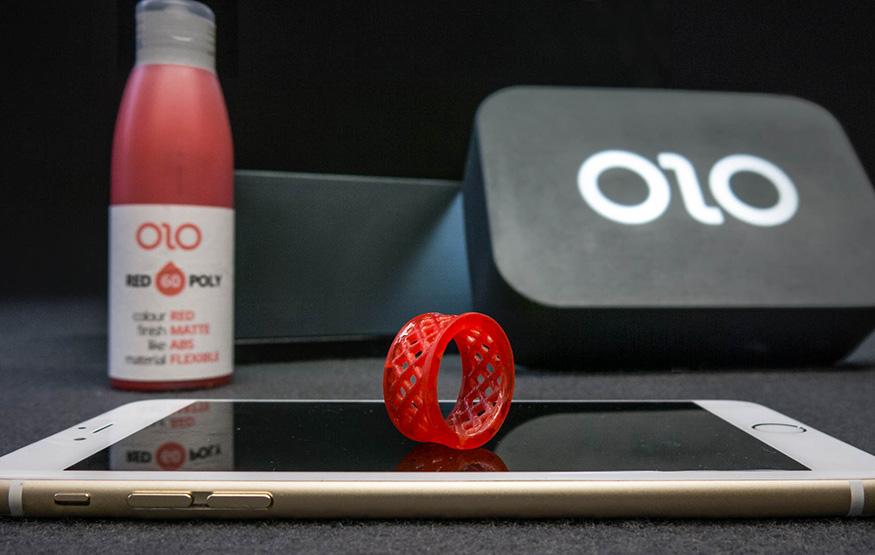 OLO is a Kickstarter project that pairs with your smartphone to make a 3D printer.

The product uses light from a smartphone’s display to react with a photosensitive resin which then hardens, creating an object. As a layer is finished, a mechanism in the printer lifts up the model, allowing the next layer to be printed.

OLO uses 4 AA batteries to print and is lightweight enough to even be portable. The mechanics of it are simple, with only 7 plastic panels, a chip and a motor comprising the device. Best of all, it’s coming in at a very affordable price point of USD$99.

The Kickstarter campaign for OLO is proving extremely popular, with over USD$1.2 million pledged at the time of writing. The campaign will end on the 21st of April, and the printer is expected to ship this September. The USD$99 tier will get you a printer, a bottle of resin and a set of stickers.

OLO will continue innovating on their printer, adding a tablet size device later in the year, along with other sizes further down the track.

The Kickstarter campaign page can be viewed here. As with all Kickstarter projects, there’s no guarantee the product will be finished or deliver on time.