Office for Android phones available now as a free download 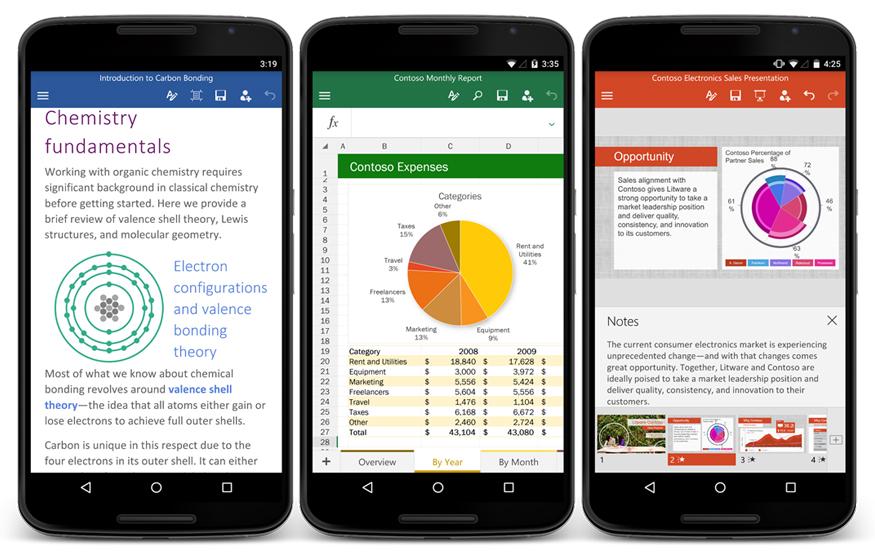 Microsoft today announced the wider availability of the Office suite for Android smartphones. While Android tablets have had access to apps such as PowerPoint, Word and Excel as of January this year, smartphone users have had a bit of a wait.

The Office for Android phone apps have been in a public preview for the past five weeks, and have been tested on over 1,900 handset models across 83 countries. Microsoft says it was able to act on the feedback provided during the feedback, adding compatibility for third party services such as Google Drive and Box.

In addition, Microsoft will be partnering with Android smartphone manufacturers to pre-load the Office suite onto new devices. LG, Sony and Samsung are all participating in the programme.

Android smartphones require 1GB of RAM and need to be running KitKat or Lollipop in order to install the Office suite. According to Google's Developer Dashboard, about half of the world's active Android devices don't meet this requirement.

Word for Android, Excel for Android and PowerPoint for Android are all available as free downloads from both the Google Play store and Samsung Galaxy Store.