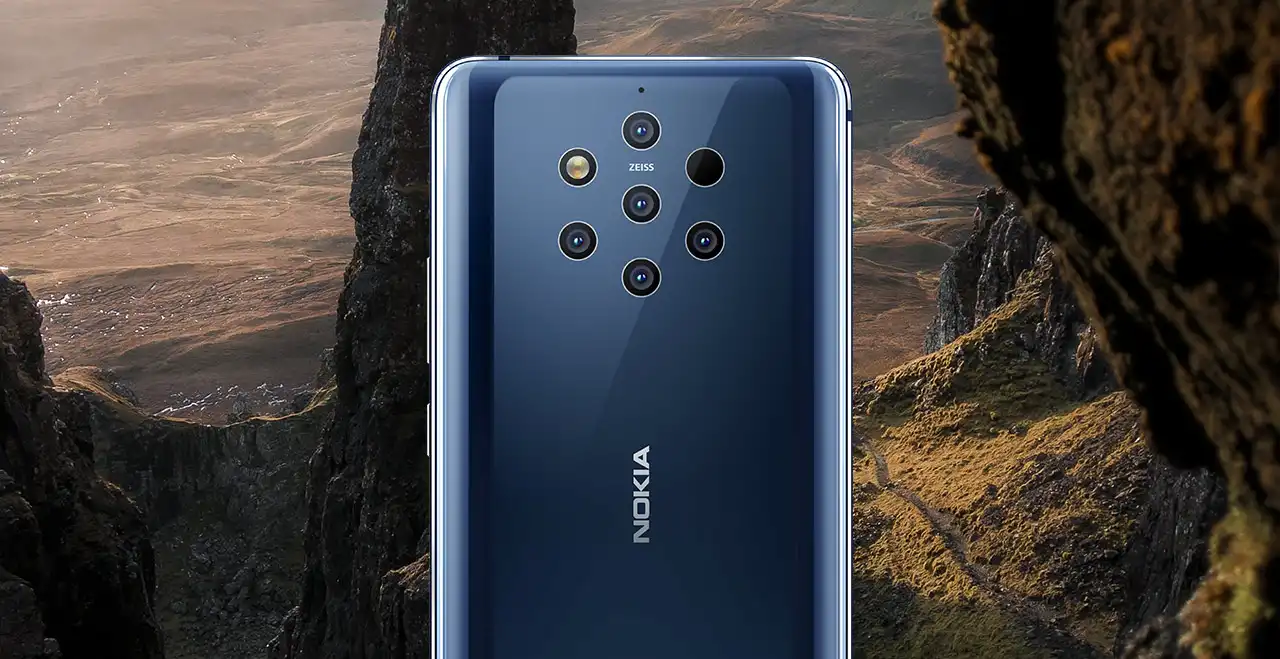 MWC 2019 has had a trend of triple-lens camera setups on the rear of new phones for more versatile photography, but Nokia is not to be outdone.

The Nokia 9 PureView features an array of no less than five lenses arranged on the rear of the phone. Instead of providing different functionality with focal lengths or fields of view, the five cameras fire simultaneously at different exposure levels, capturing between 60 and 240 megapixels of information and merges the resulting images into a single 12MP picture. Nokia says the resulting shots will have very large dynamic range, capturing darker and lighter areas in perfect detail.

For photography nerds, the new phone shoots images in uncompressed RAW DNG format and the files are editable with a version of Adobe Lightroom directly on the phone. The camera UI also offers control over white balance, ISO, shutter speed and up to 10 seconds of exposure. Three of the lenses are monochrome, allowing for native black and white photography.

The phone ships with Android 9.0 Pie under the Android One program, delivering a more vanilla version of Android with less bloatware. The phone is run by a Snapdragon 845 processor, and features a screen-based fingerprint reader under the 5.99-inch edge-to-edge display. 6GB ram and 128GB of storage with a 3320 mAh battery round out the spec sheet.

The phone is expected to cost around AU$980 converted, but the parent company says the phone will be limited in availability due to a low production run. There’s no word yet on whether it’s coming to Australia at all.