New Moto 360 finally makes it to Australia… through Qantas? 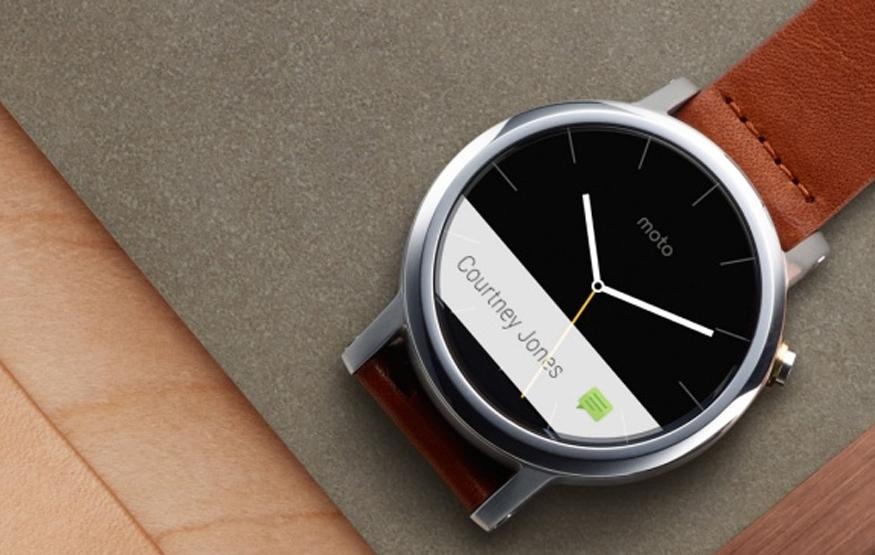 Motorola isn't exactly known for punctuality when it comes to bringing its devices to Australian shores. Originally slated for an early September 2015 launch, the third generation Moto G didn't hit local retailers until October last year. It took the company almost four months to bring the 2014 Moto X here. But Motorola fans eagerly awaiting the 2015 version of the Moto 360 smartwatch have now been waiting for seven months.

Fortunately, the wait is over. Kind of. As first reported by Ausdroid, Qantas Frequent Flyers are now able to pick up the 2015 Moto 360 Android Wear smartwatch through the airline's online Qantas Store. Qantas is ranging a men's option with a brown leather strap, and a silver ladies' option paired with a stainless steel link band. Qantas hasn’t confirmed sizing, but the men's option appears to be the 46mm model, and the ladies' should be a smaller 42mm.

The men's Moto 360 will set customers back 86,530 frequent flyer points, while the ladies' is priced at 83,500. When using points plus pay, these drop to 34,612 points plus AUD$399.77 and 33,420 points and AUD$386 respectively. There is currently no way for customers without frequent flyer points to buy either watch. Importing similar options would cost approximately AUD$465, excluding shipping and taxes.

While offering two unique models gives customers more choice than they had with the 2014 Moto 360 (it only came in one size), the Qantas Store falls well short of the 300 possible design combinations available through the Motorola's Moto Maker offering internationally. When customers order a Moto 360, they're able to select the colour of its band, bezel and body.

Depending on the Moto 360 model, customers can pick from silver, rose gold, gold, and black for the body and bezel; and cognac, black, grey, and "blush" leather for straps. Metal link bracelets are also available, at a premium.

The 2015 Moto 360 boasts a more traditional look when compared to the 2014 version of the Android Wear smartwatch. All new Moto 360 models have protruding lugs, making it easier for users to change the wrist band. Despite the slick new design, the 2015 Moto 360 still features the same "flat tire" display seen in the original.

It is currently unclear whether Qantas will be the 2015 Moto 360's exclusive local retailer, or whether the watches' availability foreshadows a wider Australian release. CyberShack has reached out to Motorola for clarification, but has yet to hear back.

Previous Post The best third party keyboards for iPhone SE
Next Post Australian Review: Philips SHB8850NC Wireless Noise Cancelling Headphones – You get what you pay for