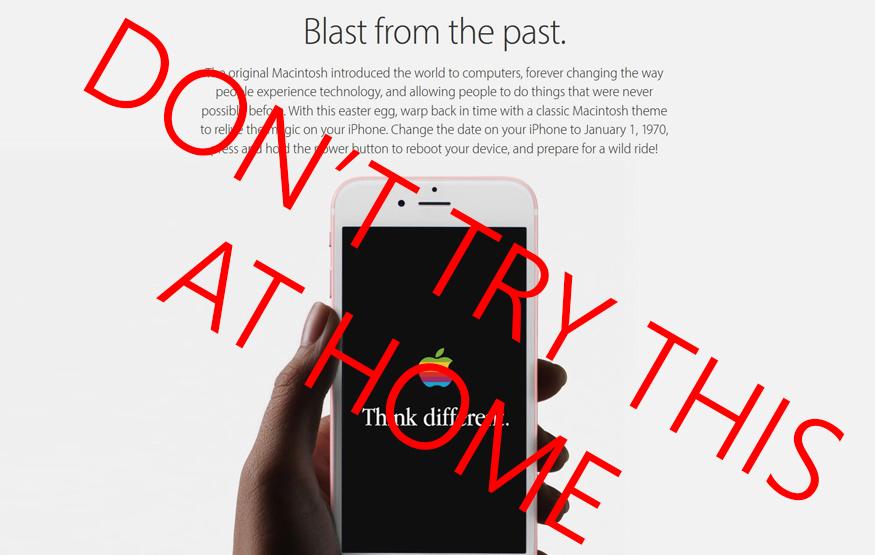 Another hoax targeting iPhone owners is making the rounds, this time promising users a retro-inspired "classic Macintosh theme" if they dial back the date on their device. Setting an iPhone or iPad's date back to January 1, 1970 and then restarting the device is said to unlock the theme. In actuality, it will brick the iPhone in question and stop it from progressing past the boot screen.

While neither an iTunes restore nor a Device Firmware Upgrade will fix devices damaged this way, Ars Technica is reporting that fully discharging the phone or tablet's battery will get it back up and running. The publication suggests the glitch occurs due to an issue with how 64-bit iOS devices handle dates close to 0. Rather than tracking time as a tradition date, iOS (and other Unix-like systems) measure it as the number of seconds from January 1, 1970.

The 1970 prank is the latest in a list of official-looking hoaxes targeting iPhone users. A fake ad for iOS 8 claimed that a feature called Wave allowed iPhones to be almost instantly recharged through a few seconds in the microwave, while another notable hoax said the update to iOS 7 made iPhones and iPads waterproof.