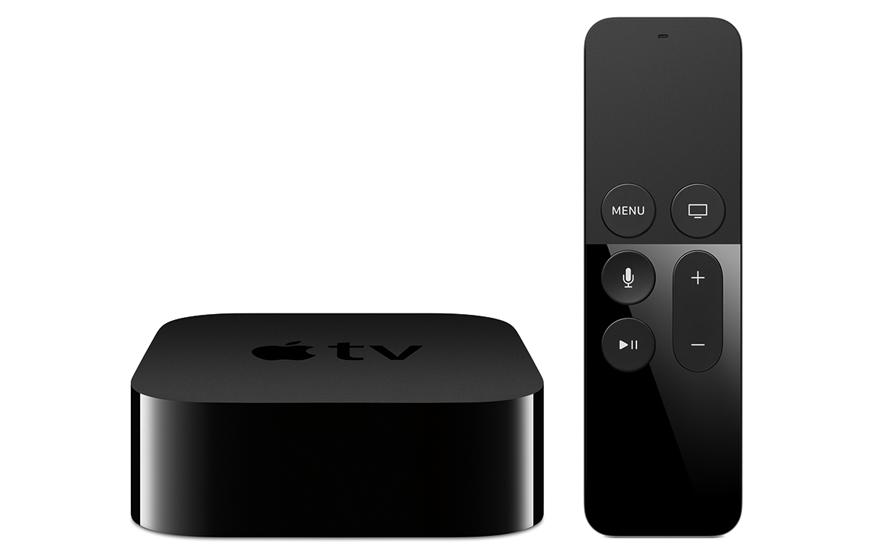 The new Apple TV is now available to order via Apple's Australian online store, with units due to ship out within three to five business days. A 32GB Apple TV retails for AUD$269, while a 64GB Apple TV is priced at AUD$349. A HDMI cable isn't included, but Apple sell one for AUD$29.

First announced during Apple's iPhone event in September, the new Apple TV is designed to take the iOS experience to the big screen, with stalwart features such as Siri and apps making up the foundation of what Apple calls tvOS. While the new operating system shares many of its visual elements (and development tools) with iOS, it's been optimised for a much larger display. Since the two operating systems share a codebase, developers will be able to build universal applications that work across iPhone, iPad and Apple TV.

Users interact with the new Apple TV through two key mechanisms: voice and touch. The redesigned remote features a glass trackpad that is used as the primary input mechanism; users are able to scroll, select and swipe using the MacBook like trackpad. Notably, the remote also features similar motion tracking capabilities to Nintendo's Wiimote.

Alternatively, users can simply tap the Siri button to speak to the new Apple TV. The redesigned set top box is able to understand natural language queries, and such as "find me an action movie". Users are then able to refine these with additional commands such as "just recent ones" or "just Bond movies".

Siri can also be spoken to while in the middle of a show and movie, and can fast forward and rewind via commands such as "skip forward nine minutes" or "what did she say?". Commands such as "who's in this movie" or "what's the weather like tomorrow" can also be issued while watching, with the results appearing in an overlay on the screen's bottom third.

The new Apple TV is powered by the iPhone 6's A8 processor, which should facilitate a modest gaming experience. An iPhone or an iPod Touch can be paired for use as an additional controller, but Mfi certified gamepads will also work with the new set top box.