Netgear’s new Nighthawk X4S is smarter than the average router 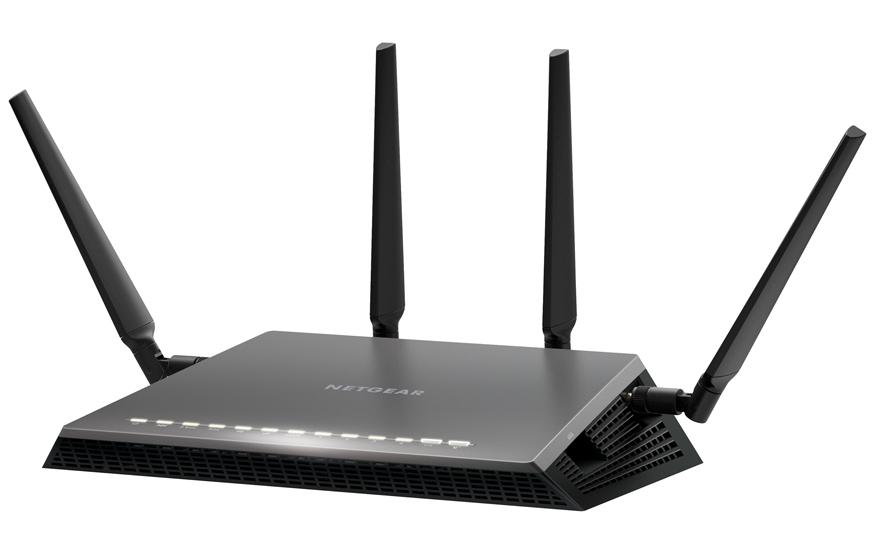 MU-MIMO (Multiple-User, Multiple Input, Multiple Output) technology, theoretically speaking, allows multiple devices to reach the router's maximum wireless speeds, rather than sharing the bandwidth between them. Netgear says this can increase network performance by a factor of two when at least three devices are on the network.

Quad-Stream also refers to the fact that each Wi-Fi band has four data streams embedded within in it. Netgear says this should result in smoother wireless performance.

While the new wireless technologies utilised by the Nighthawk X4S sound impressive, the router's "Dynamic Quality of Service" engine steals the show. Powered by a 1.4GHz dual-core processor, the Nighthawk X4S is able to prioritise traffic on a granular level.

According to Netgear, the router can tell the difference between video being streamed from Netflix and video being streamed from YouTube. While Netflix uses adaptive streaming, YouTube will often try and gobble up as much bandwidth as is available. As such, the Nighthawk X4S would restrict how much bandwidth the device watching YouTube would have access to, to prevent it affecting Netflix’s performance.

The Nighthawk X4S is also device aware. If two different devices – a TV and a smartphone for example – are streaming the same video from the same source, the router will allocate more bandwidth to the TV, providing a better quality picture to the bigger screen.

Thanks to the new Quality of Service engine, the Nighthawk X4S should be able to help out Australians who don't have a much internet in the first place. Users who already have a fast internet connection are also catered for by Netgear's latest, which supports the standards used by the NBN's Fibre-to-the-Node network.

The Netgear Nighthawk X4S is available to pre-order now, and should be in stores from mid-September. It retails for AUD$549.