Netgear brings their A game with a new switch and router 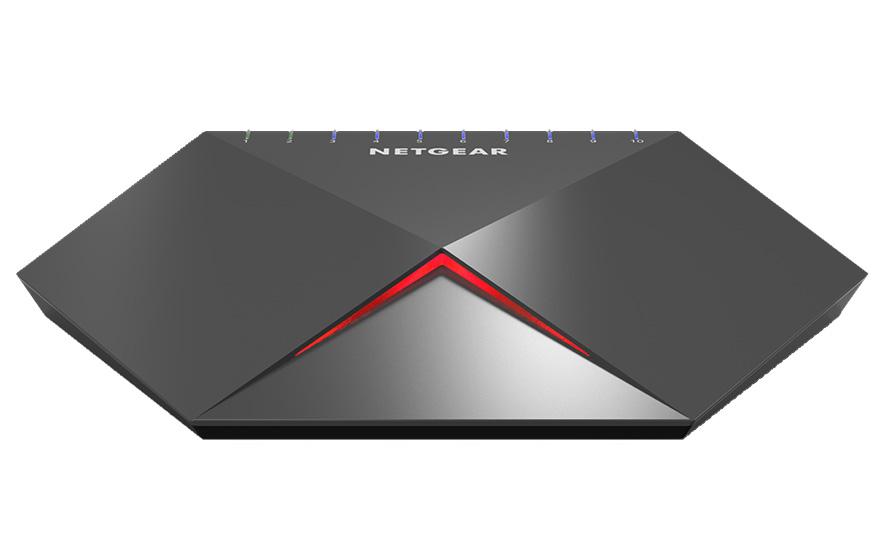 Netgear has announced a pair of new devices designed for gamers to leverage high speed connections and protect against latency issues and malicious attacks.

Both devices offer performance to match their looks – the SX10 Switch offers two 10 gigabit ethernet ports and eight 1 gigabit ports, all of which can be aggregated to deliver even more throughput. The ports and light at the front feature RGB LEDs to perfectly match your gaming rig.

The XR500 WiFi router features 802.11ac Wi-Fi for high speed wireless connections, a geographic filter to limit distance to servers for better latency, and an onboard VPN client to protect against DDoS attacks among other features. Two USB ports are also available which can be used to share USB storage across the network.

Most of this management functionality is relegated to a sophisticated network management software. The SX10 switch and XR500 router are both compatible with a software dashboard allowing users to see statistics in real time, showing what applications and devices are taking up the most bandwidth and allowing users to blacklist bad servers.

Local pricing and availability is yet to be announced, but both the XR500 router and SX10 switch are available now in the United States for an MSRP of USD$300 each.