Netflix rebuilt from ground up for new update 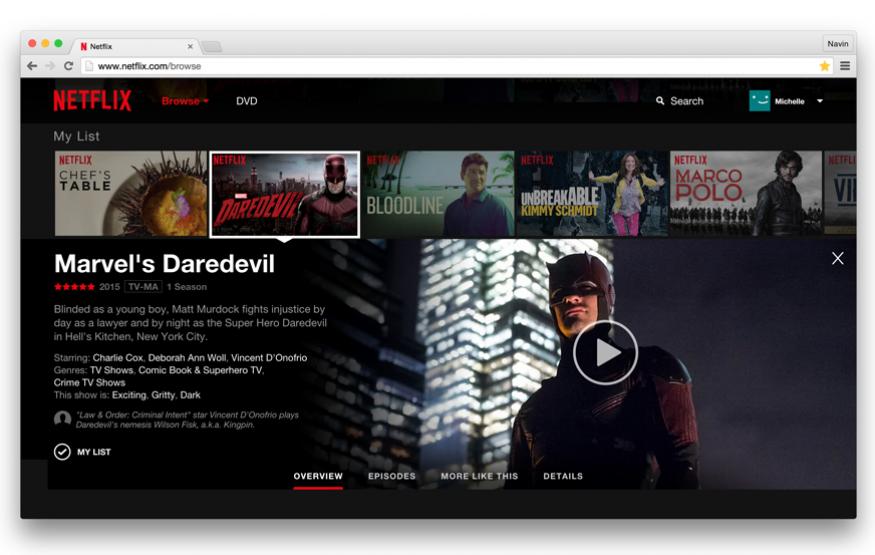 Netflix is overhauling its website with a brand new user interface designed to make it function more like the service's smartphone and tablet apps.

"With the new Netflix website, we’ve created a richer, more visual experience, and a website that works more like an app and less like a series of linked web pages," wrote Netflix Director of Product Innovation Camera Johnson on the company's official blog. "Information appears in-line and in context rather than on a separate page, which makes exploring the catalogue faster than ever before."

The new Netflix interface has been designed to work equally well with both a mouse and a touchscreen. Key changes include an in-line pane for browsing episodes, synopses and reviews; faster navigation; and quicker access to similar titles.

These changes have already begun to rollout to users, and should be available to most within the next two weeks. Users of the Netflix app on consoles, smart devices and TVs will be unaffected by these changes.