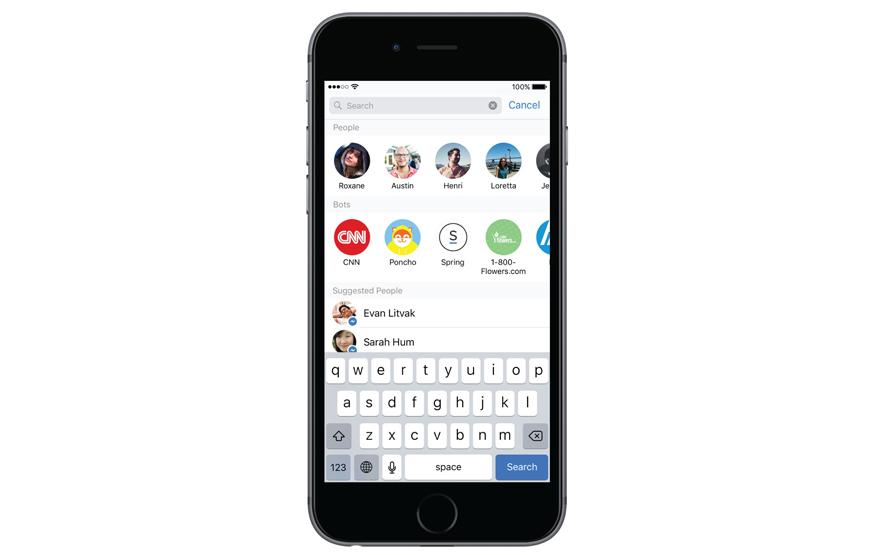 Facebook today unveiled tools that will enable developers to build bots that operate on its Facebook Messenger platform. These bots act as specialised artificial intelligences, not dissimilar to Siri or Cortana, but with more of a defined purpose.  Also, rather than talking to the bot (with voice), users type at it through the chat app.

Poncho, one of Facebook's example AIs, is a bot built to tell users the weather. After a user tells Poncho their location, he'll fire back with the forecast. Poncho also understands natural language queries, such as, "do I need a jacket?" and "do I need an umbrella?".

"Bots can provide anything from automated subscription content like weather and traffic updates, to customised communications like receipts, shipping notifications, and live automated messages all by interacting directly with the people who want to get them," wrote Vice President of Messaging Products David Marcus on Facebook's official blog.

Alongside its developer the tools, Facebook launched a small number of example bots from The Wall Street Journal, CNN, and 1800 Flowers. The Wall Street Journal bot, for example, will send users top news and live stock quotes. Notably, the bot will proactively message its users breaking news and regular digests. In the U.S., Poncho has similar functionality, and will send users weather alerts throughout the day.

Burger King will also be rolling out a Facebook Messenger Bot, allowing customers to place an order for a meal ahead of arriving at the restaurant.

Facebook believes these bots will provide businesses and customers a new way to interact, and could ultimately replace 1800 numbers and customer support lines. The idea itself has a lot of merit; while people might not install an app for every restaurant they visit or service they use, many Australians already have Facebook Messenger on their phone. As such, there's a much lower barrier to entry.

Facebook Messenger users can start chatting with bots by tapping the search bar in Messenger's iOS and Android apps. On the desktop, users will have to search for the bot they wish to chat with by name.

Facebook's news follows a similar announcement from Microsoft. At the end of March, the company announced that it will be adding bots to Skype, and other conversational platforms including Slack, Kik and Line.

Unsurprisingly, Cortana will be Microsoft's flagship Skype bot, and will be able to assist users in booking hotels, flights, and adding calendar items.