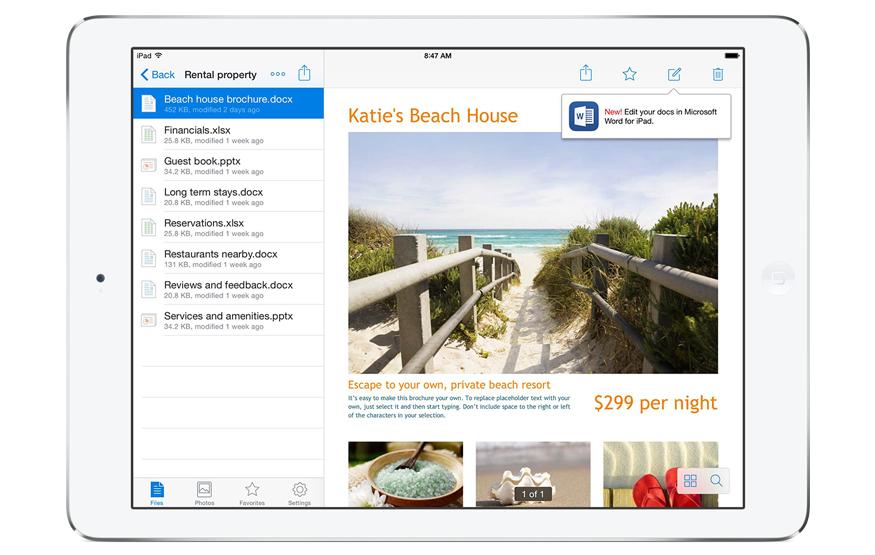 Microsoft and Dropbox today announced a partnership that will result in tighter integration between Dropbox and Microsoft Office on mobile, tablet, desktop and the web. This will allows users to edit Office files in the mobile Dropbox app, access Dropbox files from mobile Office apps, and share Dropbox links from the Office. Similar functionality will also be made available in the web, in-browser versions of Dropbox and Office.

These new features will begin rolling out to the Office apps on iOS and Android over the coming few weeks, and web integration between the Dropbox website and Office Online will be available in the first half of 2015. In addition, Dropbox will release a dedicated app for Windows Phone in the coming months.

“People around the world have embraced Office and Dropbox to empower the way they live and work today,” said Drew Houston, CEO and co-founder of Dropbox. “Our partnership with Microsoft will make it easier than ever to collaborate seamlessly across these platforms, giving people the freedom to get more done.”