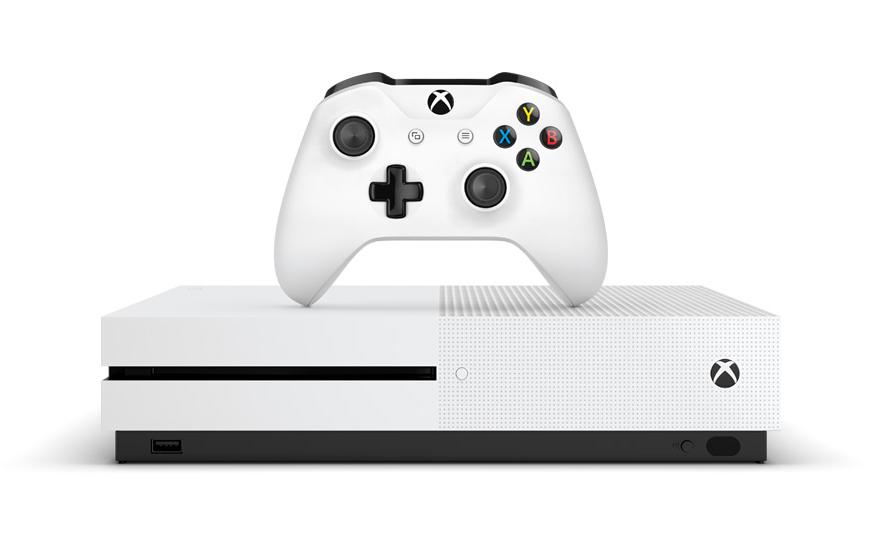 Microsoft has taken the wraps off heavily rumoured Xbox One S, a slimmer version of the Xbox One that throws in a couple of 4K related features. In terms of size, the Xbox One S is 40% smaller than the original console. Notably, the Xbox One's chunky power brick has been replaced with an internal power supply, further cutting down on space requirements.

Support for 4K content is the Xbox One S' other key new feature. While the Xbox One S won't do 4K gaming, it will playback 4K content through streaming services and 4K UHD Blu-Ray discs. HDR capabilities are also on board, for both video and select games (Microsoft has yet to confirm which games can take advantage of HDR TVs). At a launch price of AUD$549, the Xbox One S is surprisingly good value when compared to dedicated 4K Blu-Ray players from the likes of Samsung and Panasonic, which currently start at AUDD$599.

Included with the Xbox One S is an upgraded controller. In addition to textured grips on the back, the Xbox One controller is now also Bluetooth enabled. This will provide an increased range, and make it easier to use wireless with a Windows PC.

Coinciding with the announcement, Microsoft is dropping the official retail price for the existing Xbox One to AUD$399 for 500GB, and AUD$499 for 1TB.