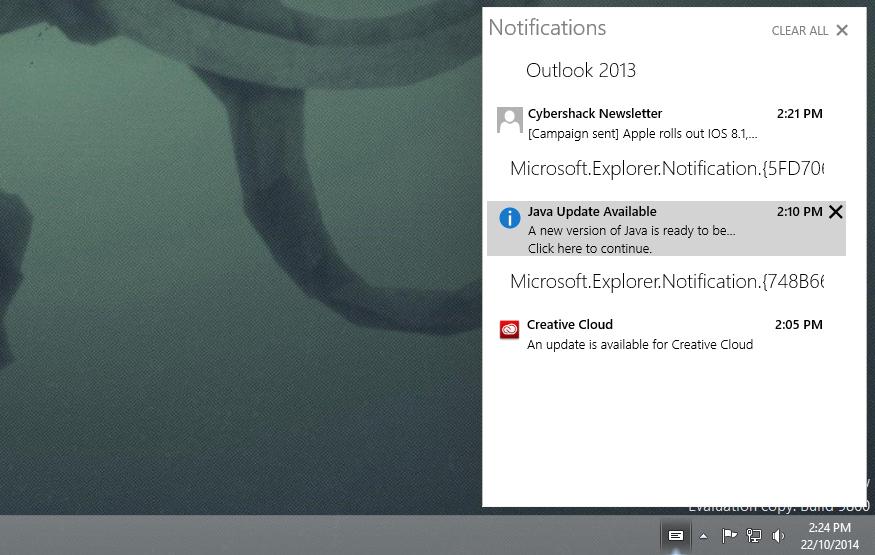 The biggest of these is the addition of the Action Centre, a notification manager that Microsoft first shared during the Windows 10 announcement in September. The Action Centre, as with its brother on Windows Phone, is designed to house all actionable items. Microsoft clarified that the Action Centre's current design is a work-in-progress, and is only focused on enabling basic notifications. A new user interface and quick actions will be implemented in later builds of the Technical Preview.

Microsoft has also added a new shortcut for moving applications from one monitor to another – Windows + Shift + the appropriate arrow key – and animations for switching between virtual desktops to make the process clearer.

The changes Microsoft has been implementing were based on the feedback provide on the Technical Preview. To date, the company has received almost 280,000 individual pieces of feedback.

Microsoft has noted the Technical  Preview's update also adds in a few new bugs. Microsoft Solitaire may not launch on some machines, and sleep mode may not function correctly on all computers. CyberShack advise against installing the Windows 10 Technical Preview on any primary machine.