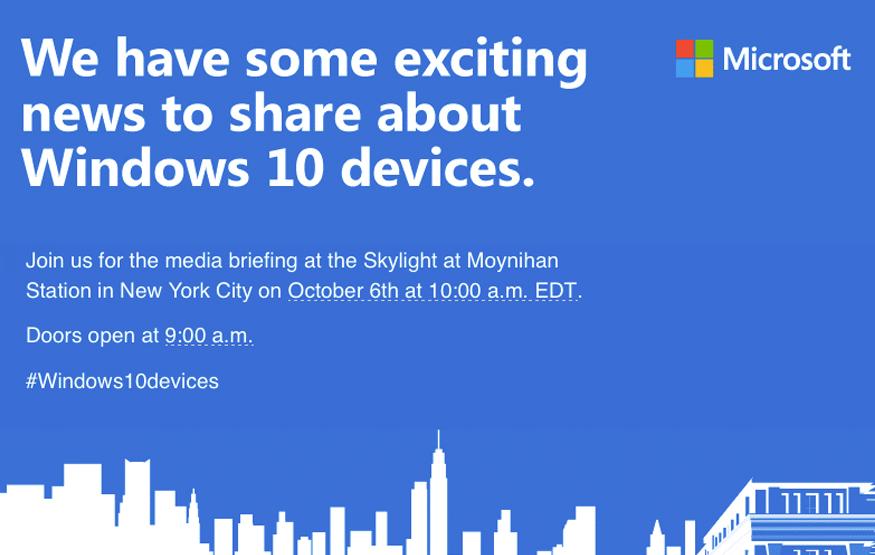 Microsoft will unveil several new Windows 10 devices during a New York event scheduled for October 6 (12am October 7 AEST). While the invite sent to international tech press such as CNET and The Verge is reasonably vague, the tech giant is expected to take the wraps of the Surface Pro 4, two new Lumia flagship smartphones, and a revamped Microsoft Band fitness tracker.

Leaks appear to have spoiled much of the surprise in regards to Microsoft's upcoming Windows 10 Mobile handsets, the Lumia 950 and Lumia 950 XL. Images of both phones have appeared online, alongside fairly comprehensive specification lists.