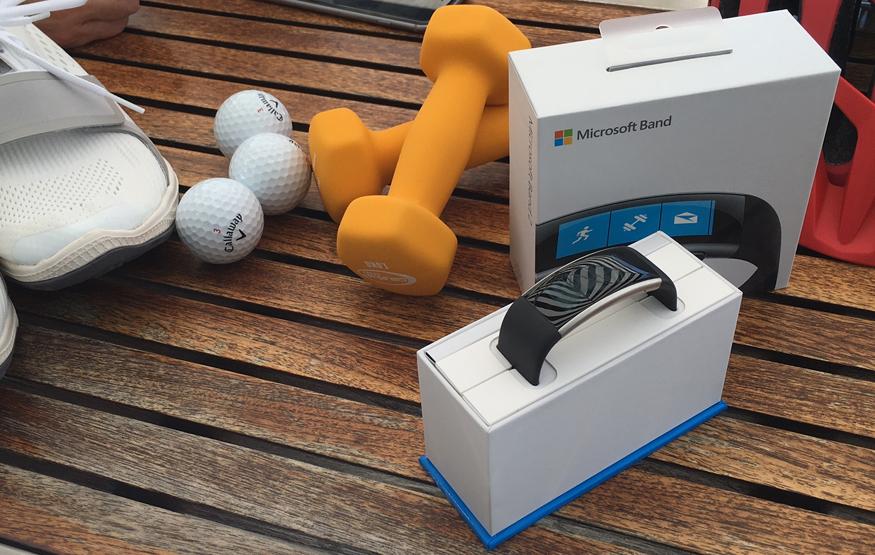 While the Band 2 went on sale locally at the beginning of November, it was only sold through Microsoft’s Sydney based-flagship store.

Through the use of these, the Band 2 is said to provide a holistic approach to fitness tracking. In addition to traditional fitness tracking features such as step and calorie counting, the Band 2 can log runs, bike rides, games of golf, and workouts. When used with the companion app, metrics such as duration, average heart rate, ending heart rate, peak heart rate, UV exposure, and cardio benefit are all available to the user.

In addition, the Band 2 is able to separate calories burned into fats and carbohydrates, and provide a suggested recovery time in between workouts.

Band 2 users are able to build their own workouts, as well as download guided workouts designed by experts.

When it comes to sleep tracking, the Band 2 measures whether a user is sleeping heavily or lightly. It can use this information to judge quality of sleep, and for a silent smart alarm, which picks an optimal time (up to 30 minutes prior to the alarm a user sets) to wake its owner, based on where they are in their sleep cycle.

After a user spends some time with the Band, it will provide a "VO2 max" measurement, a metric that tracks the body's capacity to transport and use oxygen. This is said to be the most precise measurement of one's overall fitness.

While the Band 2 is rated IP67 for water and dust resistance, it is not waterproof. As such, it is unable to track swimming, or any other underwater activity.

Pollington says the Band is best referred to as a "smart band", rather than a fitness tracker or smartwatch.

"[The Band 2 is] first and foremost a health device," said Pollington, "but it's pulling across a lot of features that you'd traditionally see in a smartwatch."

Much like with Windows 10, Microsoft has committed to adding new features to the Band 2 regularly via the Microsoft Health companion app. Music playback controls is one of the new features that the company added recently.

Looking forward, Microsoft's goal for the Band 2 and the Microsoft Health platform is to provide users with a greater level of analysis, ultimately to the point where it becomes a proactive product.

Initially, Microsoft hopes the Band 2 will be able to answer questions such as "do I run faster when I eat breakfast" or "how well do I run when I have a busy work week?". Going further into the future, this could go as far as being able to predict whether a user is getting sick, based on changes in their fitness metrics.

Microsoft says the Band 2's battery should last two days between charges, but this will vary depending how much a user relies on features such as GPS. A 30-minute charge is said to bring the Band 2 back up to 75% capacity, and a further hour will top it up completely.

If a customer's wrist circumference is on the threshold between two sizes, Microsoft advises purchasing for the larger option, for a more comfortable fit.