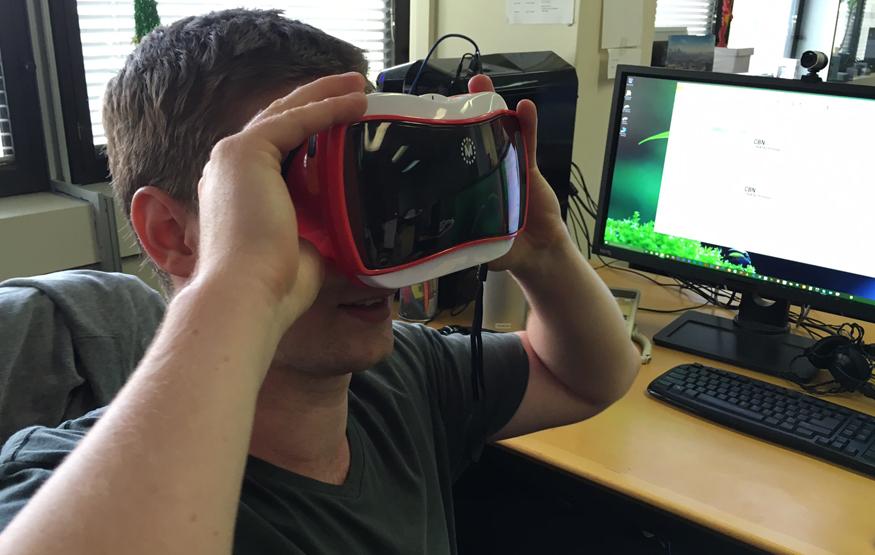 Mattel has revived its iconic View-Master as a Google Cardboard-powered virtual reality headset for iOS and Android devices. The 21st century take on the classic toy requires users to slot an iPhone or Android smartphone into the headset (in a similar manner to Samsung's Gear VR) to power the virtual reality experience. Devices as small as the 4.7-inch iPhone 6s and as large as Google's 5.7-inch Nexus 6P comfortable slot into the viewer. Notably, Sony's Xperia Z5 Compact was too thick to fit.

Officially, Mattel says phones can be up to 9cm high, 15cm wide, and 1cm deep.

While the View-Master comes with a sampling of the virtual reality content on offer, Mattel is currently selling three "experiences": "space", "destinations", and "wildlife". Each of these requires its own smartphone application, and can be unlocked with either a physical pass or an in-app purchase. The three packs each contain a number of 360 degree environments for users to explore. Marketing Director Chedney Rodgers told CyberShack that Mattel hopes to keep releasing new experience packs for the new View-Master.