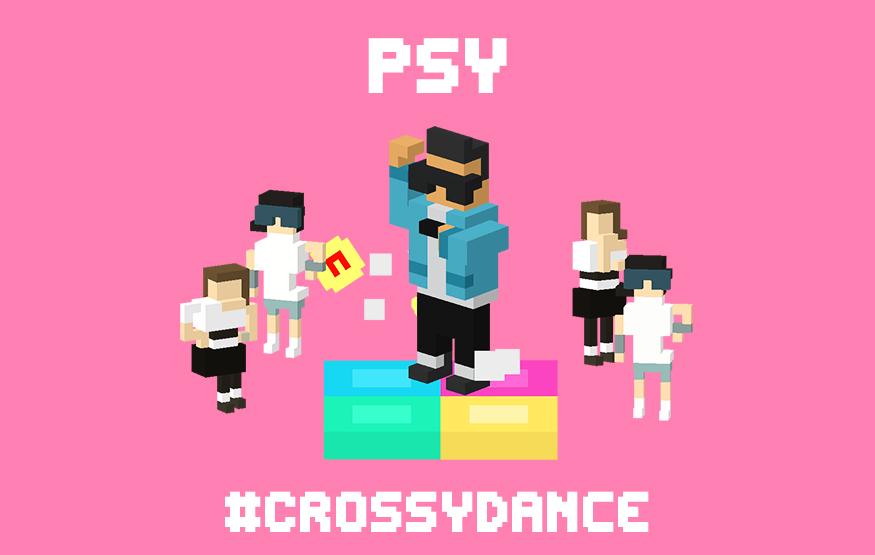 In addition to Psy, Crossy Road's Korea-centric update features nine other new characters including a Taekwondo Master, a Pro Gamer and Kimchi. While the majority of these new characters are available for free, playing as Psy will require an AUD$3.49 in-app purchase.

While AUD$3.49 may seem like a hefty price for playing as the popstar, the new character includes lines recorded by Psy himself, in addition to a new game mode that rewards players for sticking to the dance floor.

"This is our biggest and best update yet," said Andy Sum, co-founder of Crossy Road developer Hipster Whale. "Korea is one of the countries where Crossy Road has been the most popular – in fact it hit number one in South Korea first – so we wanted to make something really special for our fans there, as a thank you for playing our game."

In researching for the new update, the Crossy Road team travelled to South Korea to ensure it "had the most relevant content".

Crossy Road's Korean update is available now for iOS, Android and Windows Phone. The Psy in-app purchase will only be available for three months, but once purchased, the character is unlocked forever. Crossy Road itself is free to download.

Previous Post There’s something in the Air: Telstra’s nationwide Wi-Fi launches on Tuesday
Next Post This week on CyberShack TV: 27/6/15