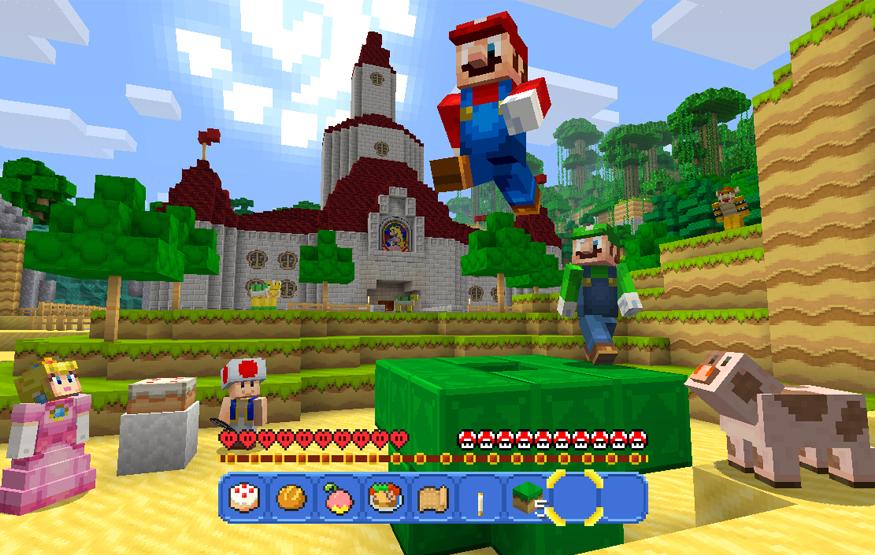 The worlds of Mario and Minecraft will collide on May 17 thanks to the "Super Mario Mash-Up Pack", a free chunk of downloadable content for the Wii U version of Minecraft. The pack will include 40 Mario themed character skins (including Mario, Luigi, Princess Peach, Toad, and more) items and textures inspired by the series, and musical tracks from Super Mario 64. Essentially, it turns Minecraft into a Mario-like experience (although with a little less jumping and little more building).

While the new content is mostly cosmetic, it's notable because it marks the first time Nintendo characters have made an appearance in a game published by a rival console maker. Microsoft bought Minecraft (and its developer, Mojang) in late 2014, but promised to continue supporting the game on other platforms.

Nintendo has had a history of loaning out its iconic characters to third party developers such as Capcom and Bandai Namco, but the Minecraft Super Mario Mash-Up Pack is – thus far – the only instance of Nintendo collaborating with a console war competitor in such a direct way.