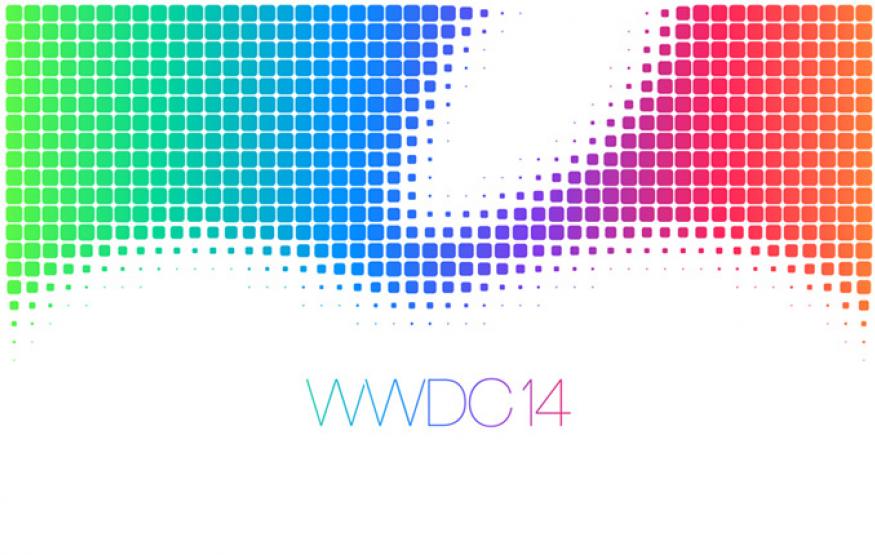 In less than 24 hours, Apple's Worldwide Developer Conference for 2014 kicks off with a keynote expected to spill the beans on the latest versions of OSX and iOS. New models of the iMac and MacBook Air are expected, and maybe even the iPhone 6; but as well all know, when it comes to Apple, nothing is certain.

In less than 24 hours, Apple's Worldwide Developer Conference for 2014 kicks off with a keynote expected to spill the beans on the latest versions of OSX and iOS. New models of the iMac and MacBook Air are expected, and maybe even the iPhone 6; but as well all know, when it comes to Apple, nothing is certain.

CyberShack will be covering the event live, starting around 3am AEST.

Check out our rumour round-up, and join us back here at 3am to get the news as it happens, or tomorrow morning for a recap of the event.

4:59am – And that's a wrap! No new hardware, no iWatch or iPhone 6. Just OSX Yosemite, iOS8, and a lot of extremely excited developers.

4:55am – iOS8 beta available for developers today, full version out in Spring.

4:46am – Apple have a new programming language for developers to use, "Objective C without the C". And the crowd goes wild.

4:36am – HomeKit, a common network protocol for smart houses, with Siri integration.

4:34am – Third party apps will now be able to use TouchID

4:34am – Third party apps will now be able to use TouchID

4:33am – Users can now install third party software keyboards, if they so choose.

4:32am – Widgets mean that users could, for example, increase their bid on an item on Ebay, right from Notification Center.

4:28am – Developers will now be able to make apps talk to one another. An App like Bing could integrate right into Safari. Third party apps can now define widgets that go into Notification Center.

4:26am – Developers can invite users to beta test their apps.

4:25am – Developers can form App Bundles, users can buy multiple apps at a discount price.

4:22am – You can now talk to Siri without pressing a button, great for driving. Siri also now has Shazam recognition, and you can purchase content straight through Siri.

4:19am – And briefly back to Mac, sneak peak of the new Photo application. Pulls everything from iCloud, has the same new adjustment functionality.

4:15am – Every photo you take is now shared to all of your other devices via iCloud. Can search photos taken by location, time and album.

4:14am – Family Sharing, you can setup your family as a "unit" and easily share reminders, photos, and even get access to the purchases of members of your family. Supports up to 6 family members (who share the same credit card). Kids will get prompted to ask for permission when buying anything, and the parent will get the notification on their device.

4:12am – Information can be shared with doctors at certain institutions

4:10am – Health pulls data from other fitness apps such as Fitbit and Nike, and can also push other information back to those apps.

4:04am – Apple seem to be riffing on Snapchat, selfies and audio messages can be set to expire.

4:01am – Message management features, including sharing attachment, naming conversations, muting conversations. "Tap to talk" – allows you to record a quick video or voice message for a text.

4:00am – You can also pick up phone calls on your iPad

3:58am – QuickType: Predictive typing suggestions for what you want to write next. iOS learns how you type.

3:57am – Spotlight suggestions are also in iOS.

3:55am – Multi-tasking between emails seems much easier in iOS8 now.

3:52am – Gesture control for email, to delete, flag or mark mail.

3:51am – And Craig is back. Interactive notifications, you can reply to messages from the app you're in without leaving it, or even from the lock screen.

3:49am – Cook's talking about Android fragmentation, and how only 9% of users are running the latest version. 99% of malware is available for Android.

3:47am – Fighting words about Android from Cook, re: users changing to iOS for a better experience

3:44am – Yosemite will again be a free update, and should be out Spring. Apple are also doing a public beta program in Winter. And back to Tim.

3:43am – Demonstrating the ability to make phone calls by giving Dr. Dre a buzz.

3:40am – You can now accept phone calls on your Mac, that's pretty damn cool. You can even make phone calls right from your Mac.

3:39am – "We have these green bubble friends": iMessage now supports SMS

3:38am – Can setup hotspots without touching your phone now.

3:37am – Handoff: This is cool, you can seamlessly move between for example, writing an email on your iPhone to finishing it on your Mac

3:36am – Continuity: AirDrop now works between iOS and Mac. Hurrah!

3:30am – Apparently Apple have a web video codec that will increase battery life for upto 2 hours when streaming video through services like Netflix.

3:29am – Spotlight suggestions in the Safari menu. Tab View that gives you a quick glance of all the pages you have open

3:26am – Mail Drop – you can now send attachements seperate to your email, upto 5 gig on size, stored on iCloud servers rather than as an attachment.

3:25am – "Next, iCloud Drive". Essentially OneDrive / Google Drive but integrated straight into the app. And it can even be used in Windows.

3:24am – Map results and movie times integrated right into Spotlight.

3:22am – Widgets can be added to Notification Center, such as a calculator

3:20am – Spotlight can now also search the web.

3:18am – Notifications has ditched the linen and and now has a "Today View", similar to iOS, giving you a glance of your calender etc

3:18am – Translucent user interface through out all apps

3:17am – OSX Yosemite can also run in a dark mode, changing the transparency to a darker shade

3:17am – "You wouldn't believe how much time we spent crafting the trash can", re: the new trash can icon

3:15am – New icons are being shown in a design video, OSX has definitely been iOSified. And it's looking pretty damn good.

3:12am – Craig Federighi is on stage to talk about the latest version of OSX

3:10am – 40 million copies of OSX Mavericks have been installed since its release, making it the fasted adopted operating system ever. And now some fighting words towards Windows.

3:09am – "This morning we're talking about 2 platforms, OSX and iOS" "You're also going to see the mother of all releases for devs"

3:08am – Apple has 9 million registered developers, up 47% from the previous year

3:06am – And Apple CEO Tim Cook takes the stage! He's talking about how it's the 25th anniversary of the conference.

3:02am – People are now listing their favourite apps. "The best app of all time has to be Tinder".

3:01am – And we're off! Apple are starting a video with what people think a developer looks like.