Lily Camera is an autonomous drone built for sky-high selfies 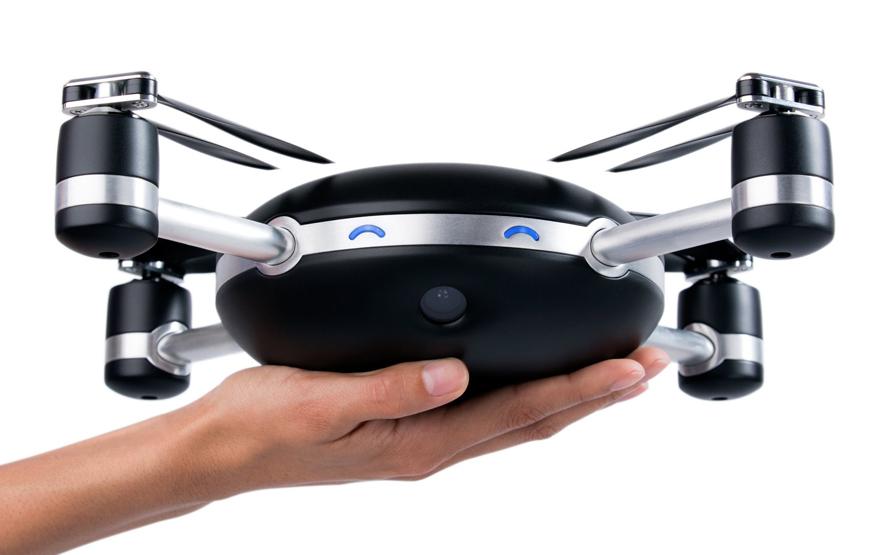 Drones have exploded in popularity over the last few years, and that trend looks set to continue with the global commercial drone market estimated to reach USD$1.27 billion by 2020.

Now Lily, a new drone manufacturer, has introduced the Lily Camera, a device the company is calling "the world’s first throw-and-shoot camera".

The Lily Camera has been designed for ease of use and requires no flying skills to operate. To initiate flight users simply throw it in the air – the drone stabilises automatically and flies itself, following the user from above. The drone uses GPS to track its subject, staying locked on to a small tracking device that can be kept in a bag or pocket or worn strapped to a wrist with the included waterproof wrist case.

While in the air the Lily Camera flies at a max speed of 40km/h. It will stay at a minimum distance of 1.75m from the user and has a maximum altitude of 15m. It comes with a built in lithium-ion battery that gives 20 minutes of flight time on a two hour charge.

Audio is recorded via a microphone embedded in the tracking device, allowing the Lily Camera to capture sound even at range.

The Lily Camera has an IP67 water resistance rating, meaning it can be submerged as deep as 1m. The body is sealed and buoyant, allowing it to safety land in water.

The Lily Camera is available for pre-order now for USD$499 and is scheduled to begin shipping in February 2016.

Previous Post Australian Review: Axiom Verge – Something old, something new
Next Post This is the first trailer for Aaron Sorkin and Danny Boyle’s Steve Jobs movie