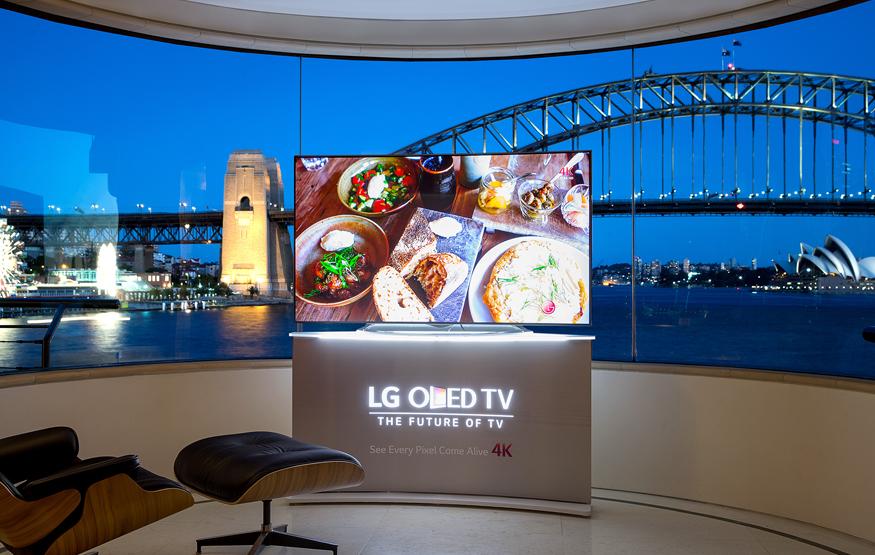 LG today announced its bringing six new TV models to Australia before the end of the year.

The most impressive entries in LG's line-up are a pair of curved 4K, Ultra High Definition OLED televisions, available in 65-inch and 77-inch models. OLED technology gives manufacturers the ability to produce higher contrast displays, which in term, give the viewer a vivid and more realistic image.

“4K Ultra HD has been an amazing development, but we are seeing something far more special here,” said Lambro Skropidis, General Manager Marketing at LG Australia. “By combining 4K ULTRA HD with OLED, LG really is offering some of the most advanced TV technology in the world to Australian audiences. We are confident that the sheer visual experience it offers will become the new benchmark for TV buffs, sports fans and movie-lovers alike."

Known simply as EC970T, the two TVs are the first of their kind to be sold in Australia. The 65-inch model will be available in November for AUD$9,999, and the 77-inch model will hit shelves before the end of the year set customers back a massive AUD$22,999.

LG also announced a new 55-inch, curved High Definition OLED model, the 55EC930T, which will retail for AUD$3,999. The TV will go on sale this month.

Previous Post HTC Re is an action camera for the rest of us
Next Post Australian Review: Sony Xperia Z3 – The great all-rounder