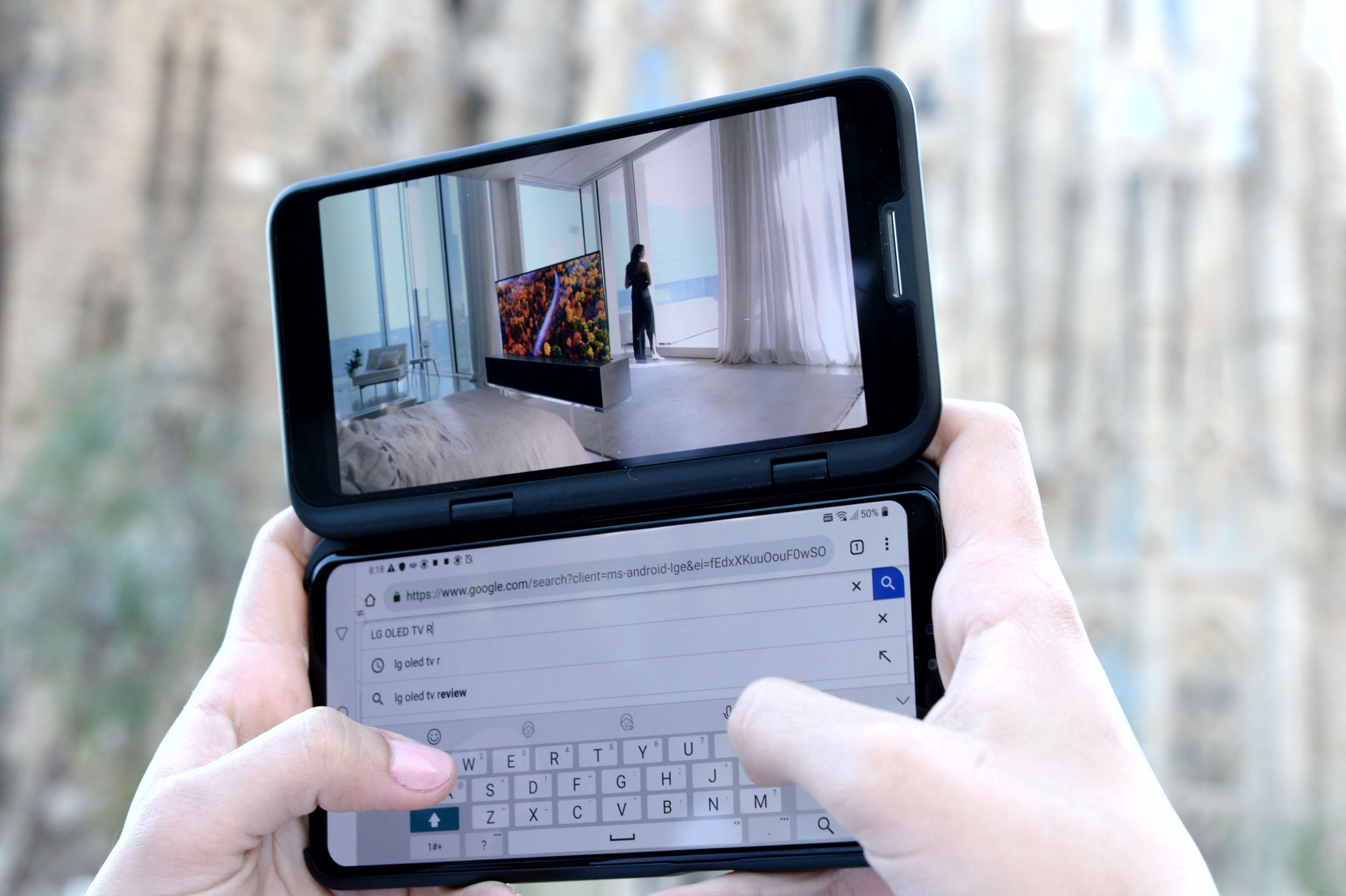 The LG V50 ThinQ 5G offers a tall 6.4-inch display, 4000 mAh battery, and a suite of cameras – three on the back and two on the front. The three cameras include a 16MP super wide angle lens, a 12MP telephoto lens, and a standard 12MP lens. Extra sensors allow for higher quality images and post-processing, such as adding bokeh.

Perhaps the most interesting accessory announced alongside the phone is an extra screen for the phone that resembles a cover case – opening up the cover reveals a second 6.2-inch display that can be used independently of the main screen. The secondary screen utilises the phone’s main battery, eliminating the need for separate charging, but probably significantly reducing overall battery life. It’s unclear if the secondary screen is particularly resistant to damage, but a potential downside might be paying for two screen repairs in case of an accident.

The LG G8 ThinQ is the other phone LG has announced at MWC, sporting a 6.1-inch display, 3500 mAh battery, and triple camera setup on the rear. It also thankfully offers a 3.5mm headphone jack, however if you’re using the phone without headphones, the entire screen acts as a speaker.

The G8 offers an enhanced front-facing camera called the Z-Camera, which uses infrared sensors for depth. The Z-Camera enables new features including palm vein recognition for unlocking, called Hand ID, and gesture controls like turning volume up and down. Users can access Hand ID by placing a registered hand in front of the front-facing camera. The infrared sensor should also provide more secure unlocking via face, thanks to its advanced depth sensing capabilities. Hopefully this means it won’t be fooled by a photograph.

The LG V50 ThinQ 5G is confirmed for Australia, however an exclusivity deal means it will only be available through Telstra, and is expected in the first half of the year. The LG G8 is yet to be confirmed for local markets.

Previous Post Samsung S10 Announced, But What Does $1350 Get You?
Next Post Alcatel offers three new highly affordable phones