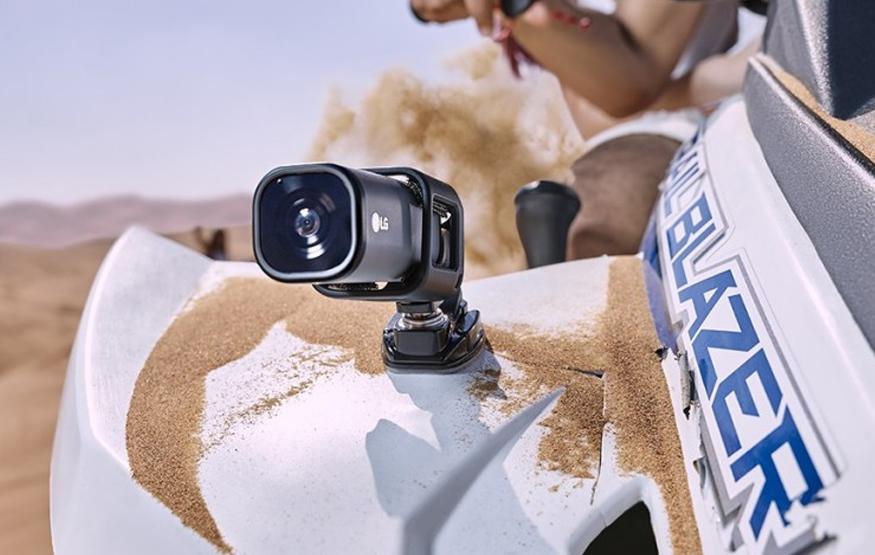 LG plans to take on the likes of GoPro with a new action camera that is able to directly stream to service such as YouTube without the need for a smartphone. Dubbed the LG Action CAM (LTE), the camera is one of the very first action cameras to support a 3G or 4G connection.

Typically, if an action cam owner wants to broadcast from their camera, a smartphone is needed as an intermediary. This can be prohibitive when dealing with environments a smartphone isn't normally designed to handle. One wouldn't normally take their smartphone surfing or dirt biking. The LG Action CAM (LTE) will presumably require its own SIM card (ideally, with a hefty data allowance), but LG has yet to specify whether the camera will take nano SIM or micro SIM.

With the exception of 4G connectivity, the LG Action CAM (LTE) is a fairly stock standard action camera. There's a 12.3 MP sensor, IP67 water resistance (allowing the camera to be submersed as deep as one metre for up to 30 minutes), and a 1,400mAh battery said to offer four hours of Full HD video recording time.

LG will start selling the Action CAM (LTE) internationally from June, but local pricing and availability have yet to be announced. 4G streaming functionality won't be available until July, at which point it will be enabled via software update.