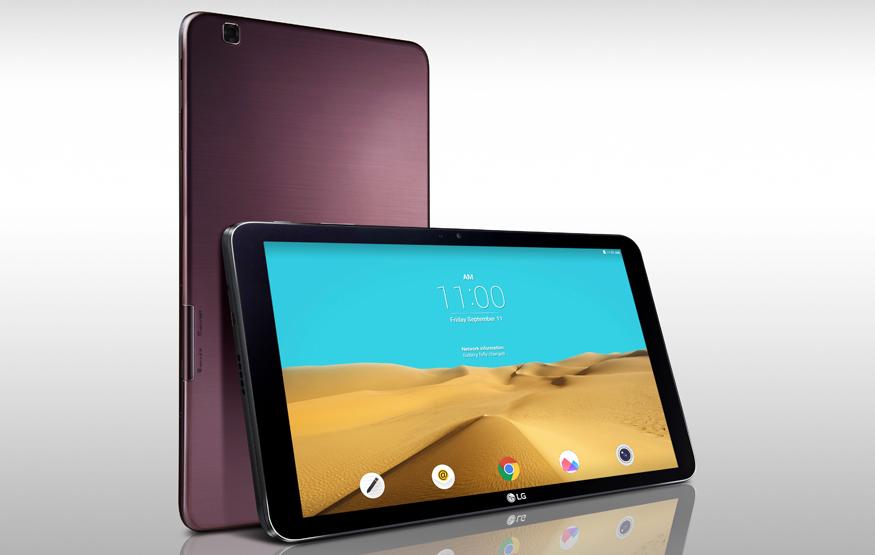 LG yesterday announced the G Pad II 10.1 – a new mid-to-high-end Android powered tablet – ahead of its official unveiling at the IFA tech conference in Berlin next month.

As the new device's name suggests, the G Pad II 10.1 boasts a 10.1-inch screen. Notably, the display's resolution has been bumped to 1920×1200 pixels, a reasonable increase over the paltry 1280×1200 pixel screen utilised by last year's model. Other internals include a quad-core 2.26GHz Snapdragon 800 processor, 2GB of RAM, and 16GB of expandable storage.

While the G Pad II 10.1 is fairly run of the mill in terms of hardware, it distinguishes itself with what LG says is a best in class 7,400mAh battery, and a "Reader Mode". Reader Mode reduces the blue light emitted by the tablet’s display in order to make extended periods of reading more comfortable for the user. The G Pad II 10.1 will come pre-loaded with Microsoft Office, and 100GB of cloud storage through OneDrive for two years.

LG has yet to confirm pricing or availability, but says the new tablet shouldn't be more expensive than the original G Pad 10.1. The Wi-Fi only G Pad 10.1 was sold for AUD$399 when it launched in Australia.

Previous Post Game Review: Until Dawn – A Night to Remember
Next Post What we think we know: iPhone 6s and iPhone 6s Plus