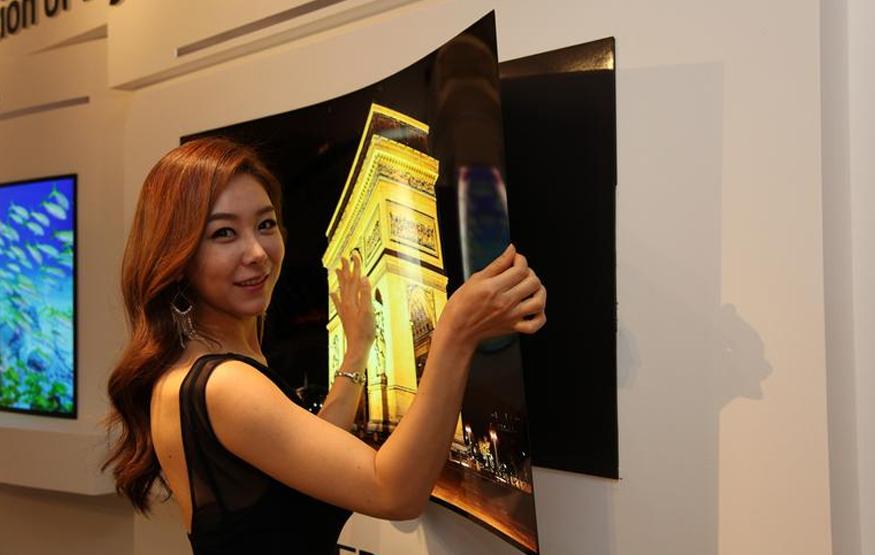 LG has continued the gadget industry’s relentless pursuit of thinness with the unveiling of a concept TV less than a millimetre in thickness. As reported by Yonhap News, the 55-inch OLED display was first showcased yesterday at an industry event in Seoul.

In addition to being remarkably thin, the LG’s new concept TV is also atypically light, weighing in at just 1.9kg. Rather than using a traditional TV stand or wall mount, the display is secured directly to the wall using a simple magnetic backing. The TV can be moved by peeling the display from the magnet.

This degree of thinness is made possible by OLED panel technology. Unlike LCD displays which require a backlight, OLED panels are made with organic compounds that emit their own light when fed electricity. The lack of a backlight cuts down on both the size and weight of the panel.

It is unclear whether LG’s wallpaper concept TV will become a retail product.

Television manufacturers have had difficulties in bringing OLED TVs to the market in mass quantities due to issues such as colour variability and poor yields of usable panels. Major manufacturers including Sony and Samsung have stepped away from OLED in recent months, choosing to focus on alternative technologies such as quantum dots, leaving LG as the major standard bearer for OLED technology.

LG claims it has overcome many of these changes. Sang-Deog Yeo, LG’s head for OLED said that the company had improved its yield in OLED panels in a year and a half to a level that took 10 years to reach for LCDs.