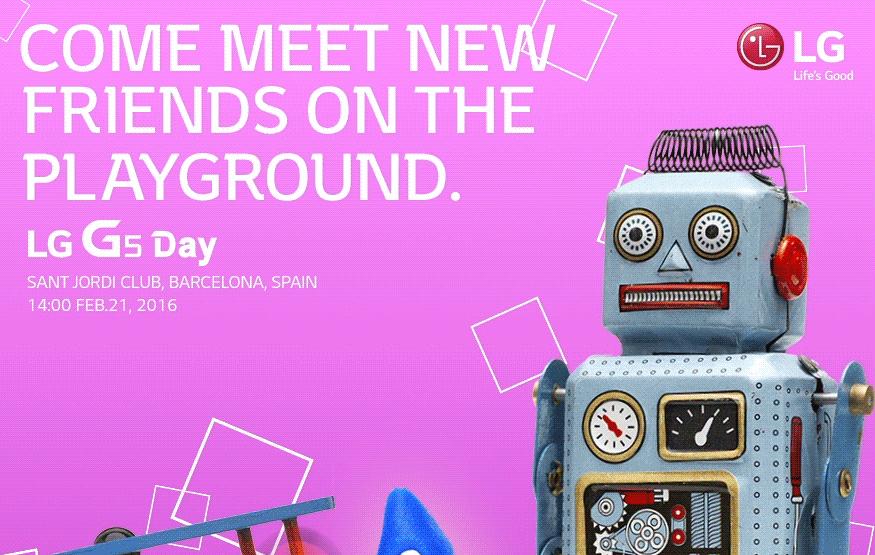 LG today confirmed that it will unveil its next flagship smartphone – the LG G5 – on February 21 (12am February 22, AEDT) as part of its showing at Mobile World Congress in Barcelona. Notably, LG's announcement will take place on the same day Samsung is due to unveil the Galaxy S7 and Galaxy S7 Edge.

Traditionally, LG has typically announced and launched its flagship smartphones a month or two after Samsung.

Chinese smartphone manufacturer Huawei is also expected to announce new smartphones on the same day, and has scheduled at a press conference for the same time as LG's.

The rumour mill suggests the LG G5 will be a bit of a departure from its predecessors, coming in with a smaller 5.3-inch screen (still said to run at Quad HD resolutions) and an all-metal body. The Verge reports that the new design will see volume and power buttons moved from the back of the handset to sides, as with the majority of modern smartphones. A rear-facing fingerprint reader and USB Type-C charging, as seen in LG's Nexus 5X, are two other likely additions.

Prolific leaker Evan Blass says the G5 will have two unique features: a secondary ticker display as found in LG's V10 (not released in Australia), and an all new "magic slot" for connecting accessories. These could potentially range from external cameras to audio amplifies to physical keyboards.

CNET Korea followed up these reports with a render of what the magic slot could look like. It speculated that the magic slot would allow the G5 to retain a removable battery while still moving over to an all-metal design.