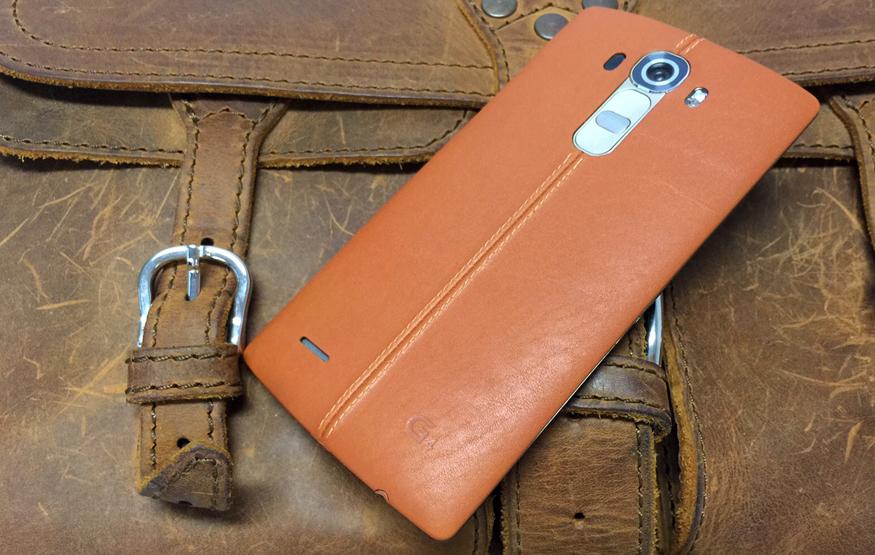 LG today announced that it will begin selling its latest flagship smartphone, the LG G4, in Australia on July 14. Pre-orders will begin two weeks earlier on July 1.

LG Australia Senior Marketing Manager Brad Reed said the G4 was built as a counterpoint to how homogenous smartphone design has become.

"Mobile phones were quite unique back in the feature phone days. You had candy bars, you had flips, you had large screen and small screen options," said Reed. "We've looked at developing a product with some unique visual characteristics."

Aesthetically, the G4 sets itself apart with a subtly curved screen 5.5-inch Quad HD screen and the option of a leather back. Reed says the leather used for the phone's backing is the highest grade available, and is sealed with a thin protective coating. Despite this, the leather will show some natural wear with use, or as Brad says, develop "character marks".

The G4's flagship feature is a 16 megapixel camera that boasts an aperture of f/1.8, f/0.1 wider than the camera in Samsung's Galaxy S6. The wider aperture allows the device to take in 80% more light than the LG G3, and promises improved night-time imaging. The G4 also features improved image stabilisation, which can now account for movement on the X, Y and Z axis.

The camera has three distinct settings. A simple, point and shoot mode; an automatic mode where users can control the flash and a few other basic settings; and a manual mode where users can adjust intricate settings such as the ISO, white balance and shutter speed. Users also have the option to save photos as RAW files.