iPhone and iPad Users: Eight reasons to be excited about iOS8 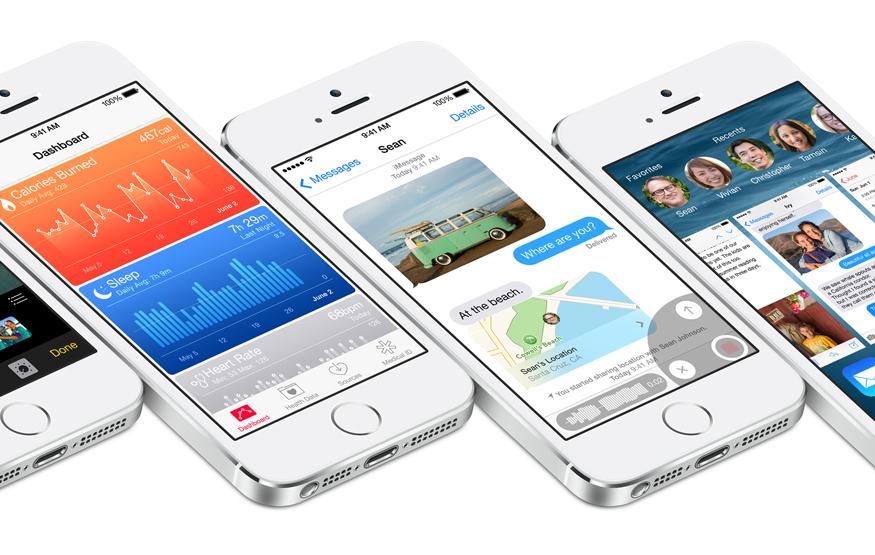 Apple are due to announce the latest iPhone in less than 48 hours, but even if you're not planning to upgrade, there are still plenty of reasons to be excited. iOS8, the latest version of Appple's mobile operating system, will be available for current iPhone and iPad users shortly after the announcement. Here are a few reasons we think iOS8 is worth the hype!

Apple are due to announce the latest iPhone in less than 48 hours, but even if you're not planning to upgrade, there are still plenty of reasons to be excited. iOS8, the latest version of Appple's mobile operating system, will be available for current iPhone and iPad users shortly after the announcement. Here are a few reasons we think iOS8 is worth the hype!

Extensibility
Extensibility could be a game changer for iOS, and is one of the most important features Apple has implemented in years. While iOS applications have traditionally been sandboxed, meaning they couldn't interact with one another, Extensibility gives developers the option to expose part of an app to the rest of iOS. For example, this will enable the Bing app to share it's translation feature with Safari, or for Photos to be able to share directly to Pinterest or Reddit.

Apps will also be able to include Notification Center widgets. The example provided during the Keynote this morning was a Sports Widget, providing a quick overview of the score of a game currently in progress. Another potential use would be an Ebay widget that lets you increase your bid straight from Notification Center.

Hey, Siri
This important update lets you start talking to Siri without having to touch your iPhone. Similar to "OK Google", this is trigged by the saying the phrase "Hey Siri". "Hey Siri" makes the iPhone a hands free experience without the need for any headsets or accessories.

As part of the update to Siri, Apple has built in Shazam song recognition, and the ability to make iTunes purchases.

Continuity
Continuity is not just one feature, but a series, designed to enable seamless interaction between iPhone, iPad and Mac. The big standout is the ability to answer and make calls straight from your iPad or Mac, without even needing to touch your iPhone. Along a similar tangent, iPads and Macs will now also having the ability to send non-iMessage text and MMS messages, keeping everything just that little bit more in sync.  AirDrop will now also work between iOS and OSX.

One last cool Continuity feature is Handoff. In the words of Apple, Handoff lets you "pick up right where you left off". For example, you can start writing an email on your iPhone and instantly pick it up at the very same place on your Mac, or continue browsing the exact same page on your iPad that you were your Mac. Apps that will initially support Handoff are Mail, Safari, Pages, Numbers, Keynote, Maps, Messages, Reminders, Calender and Contacts. In addition to this, developers will be able to incorporate Handoff support into their own apps.

Messages
Messages get a big make over in iOS8. Aside from sending photos and videos, Messages will now give you the option to send short voice clips and even your location. There are new management tools, allowing you to name group conversations, as well as see a detailed list of all attachments sent. And taking cues from SnapChat, you can now set an expiry time for anything you send.

Family Sharing
Family Sharing enables up to six people in your family to share purchases from iTunes, iBooks and the App store without sharing Apple IDs or passwords. Photo albums, calendars and even your location can also all be easily shared. Family Sharing adds functionality allowing parents to restricting their children from making purchases unapproved: when young Bobby wants to buy the latest game, a notification will appear on his parent's phone asking them to approve the purchase.

QuickType
QuickType is a predictive typing feature that gives you a choice of words or phrases you might want to use next, based on past conversations and your writing style. Apple claims it will be able to take into account of your tone on a person-by-person basis. If I was sending a text to Charlie, the options provided would be of more of a formal nature. And if someone asks you a question, QuickType understands what the conversation is about, and will provide you with choices before you even start typing.

Also related to typing was the news that developers will be able to create new keyboards that users can use system wide, replacing the default iOS keyboard. This will allow iOS users to install apps such as SwiftKey, which their Android brethren have been enjoying for years.

Health
Health acts as a unifier of all of your health and fitness data. Pulling information from all of your existing health and fitness apps, such as ones associated with trackers like Fitbit, Health puts all of this data in one place in an easy to view overview. And just in case, Health allows you to create an emergency card that's accessible from the lock screen.

Metal
Metal is an under the hood update, built for game developers. The technology behind Metal will let them get the maximum performance possible from the A7 chip in the iPhone 5s and iPad Air, apparently ten times more than previously. What this means is that by the time the iOS8 is released to the public, we should be seeing some pretty impressive 3D games, bridging the gap between what's achievable on a tablet and on a console.