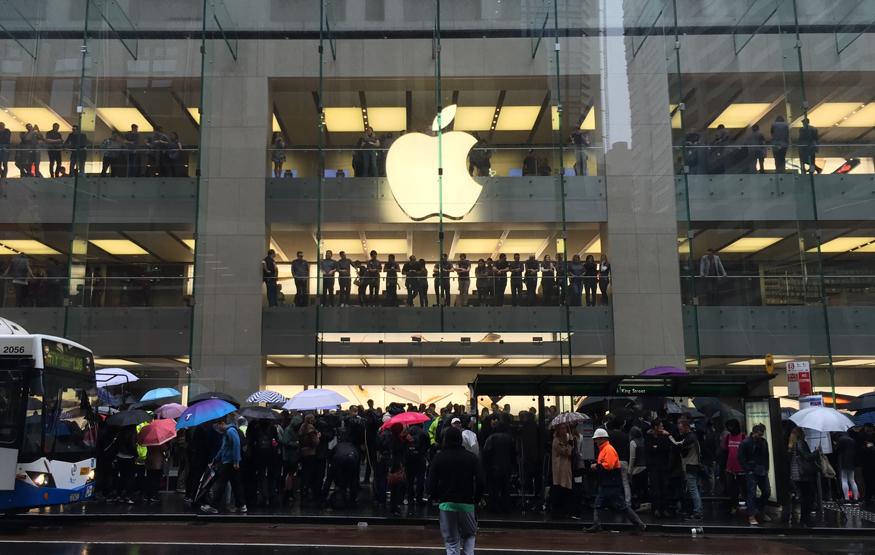 Vodafone Sales Director Ben McIntosh says the telco should have enough stock to last it the weekend, provided customers aren't too picky in terms of size or colour.

"Apart from rose gold, there's a good chance you'll get an iPhone this weekend if you're not choosey about whether it's the 6s or 6s Plus," McIntosh told CyberShack, "but stocks are limited."

"The most popular variants have been anything with rose gold, all the plus models have been extremely popular, and 64GB has been the most in demand memory size."

While Telstra said it was comfortable with its stock levels, Executive Director of Mobile Products John Chambers advised Australians to get in sooner rather later, if they want to avoid a wait.

"When it comes to the iPhone, we'd always encourage you to come in as soon as you can if you want to get one early," said Chambers. "The 64GB iPhone 6s is always a popular sweet spot, it sits nicely in the value equation, so we expect that to be a strong seller again."

"Demand for the both [the iPhone 6s and iPhone 6s Plus] is really strong, but we'll see more of the iPhone 6s go out in this first season."

An Optus spokesperson told CyberShack to expect high demand, but said that stores should have enough stock to last the weekend.

Previous iPhone launches have seen stores without stock for several weeks after the initial, so it wouldn’t be surprising to see a repeat this time around.

Previous Post Stan making Australian shows to take to the world, “No Activity” is just the first
Next Post Samsung drops the price of virtual reality to USD$99 with new Gear VR headset