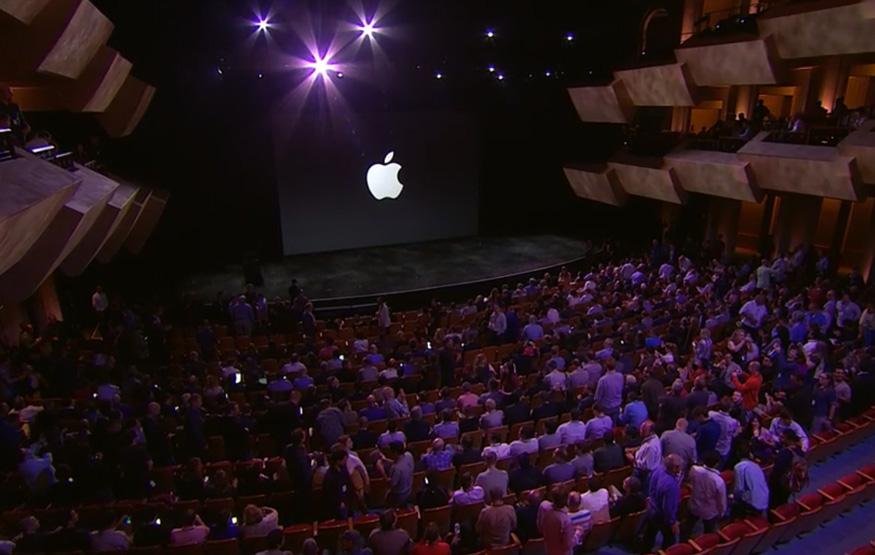 We'll be living blogging the iPhone 6 event from right 3am AEST this morning. We'll hopefully get a glimpse of the elusive iWatch too!

We'll be living blogging the iPhone 6 event from right 3am AEST this morning. We'll hopefully get a glimpse of the elusive iWatch too!

In the meantime, check out these stories for your Apple fix:

Six features we'll hopefully see in the iPhone 6
iPhone and iPad users: Eight reasons to be excited about iOS8

3:05am: Tim Cook is running through what was introduced at the Flint Center, today's venue. Includes the iMac, which "signaled the rebirth of Apple".

3:06am: Tim's talking about the iPhone – "Today we are launching the biggest advancement in the history of iPhone"

3:11am: Phil Schiller has taken the stage to talk about the iPhone 6 – "they're bigger, a lot bigger"

3:15am: iPhone 6 Plus has a specific landscape mode for the home screen and other applications

3:19am: Graphics are up to 84 times faster the original iPhone, and the A8 is apparently up to 50% more energy efficient 0- for sustained performance without increased heat.

3:26am: iPhone 6 has a barometer – can now detect your elevation, useful for fitness tracking

3:28am: iPhone 6 can make calls over LTE, as well as calls over WiFi. Apparently these will hand over automatically when moving between WiFi and Cellular

3:29am: New 8 megapixel camera in both new iPhones, boasting a new sensor.

3:30am: The phones have phase detection autofocus, allowing the phone to focus much faster

3:32am: iPhone 6 has digital image stabilisation, but iPhone 6 Plus has optical

3:35am: Front facing camera gets a boost too – can take HDR selfies now too

3:37am: Big focus on being able to use iOS8 one-handed

3:41am: Pre-orders start on Friday, will be available for purchase September 19, at least in the US. iOS8 will be out September 17

3:44am: Tim Cook is about to talk about the wallet. "Our vision is too replace this"

3:48am: Tim Cook is introducing Apple Pay! And seemingly confirming the new iPhone has NFC!

3:49am: Tim invites Eddy Cue to the stage. Eddy confirms NFC in iPhone 6 and 6 Plus. Uses touch ID for security. All of your credit cards are stored in PassBook.

3:50am: Can take a photo of your credit card to add it straight to PassBook. Doesn't store the credit card number, uses a one time payment number. Find my phone can suspend all payments from device.

3:51am: Starting in the US with Visa, Mastercard and American Express.

3:52am: McDonalds is adding Apple Pay to its drive-throughs, among other US retailers

3:53am: One touch checkout online – that should be handy. Apparently don't even need to include shipping information.

3:55am: Looks pretty neat. Launching in October in the US, Apple are working hard to bring it to other countries. Fingers crossed Australia is one of them

3:56am: Cook is back, "Apple Pay will change the way all of us buy things"

3:58am: "I am so excited and so proud to share it this morning – it's the next chapter in Apple's story

4:00am: Well, the Apple Watch actually! Surprisingly square, from what the the introduction video just showed.

4:03am: Tim is saying they didn't just shrink the iPhone interface for the Apple Watch. The watch's crown will be used to provide additional functionality without blocking the screen.

4:10am: Detects pulse, provides a comprehensive look of your daily activity

4:15am: Edition is made from 18 karat gold, Sport has aluminum casing

4:17am: Kevin Lynch is providing the first live demo of the Apple Watch. First thing users will see the clock, which is by defaulted, centred on Home Screen

4:18am: Watch face customisation looks similar to Android Wear, but functionality and design of each face can be personalised.

4:22am: Notification vibrations will apparently have very subtle. Raising your wrist will display.

4:23am: Apple Watch will analyse messages you receive to provide contextually, one-tap responses

4:24am: Apple have built custom emoji for the watch

4:26am: Apple Watch has Siri built in

4:27am: Will use "Taptic Feedback" to give users directions without even looking at the device

4:29am: Can use digital touch for messaging in lieu of words – drawings, taps, etc

4:30am: All third party iOS can send the Apple Watch a notification by default

4:33am: Cook’s back – being active is one of the best things for your health, and the Apple watch can help provide motivation

4:36am: Doesn’t just look at the quantity of your movement, but the quality

4:43am: Apple Pay is built into Apple Watch

4:54am: U2 just announced a new album, its live on iTunes now (or at least will be today) and free, apparently. “We’re not kidding, that just happened”.

4:55am: Exclusive to Apple until mid October