iPad Pro starts at AUD$1,249, available to order from Thursday 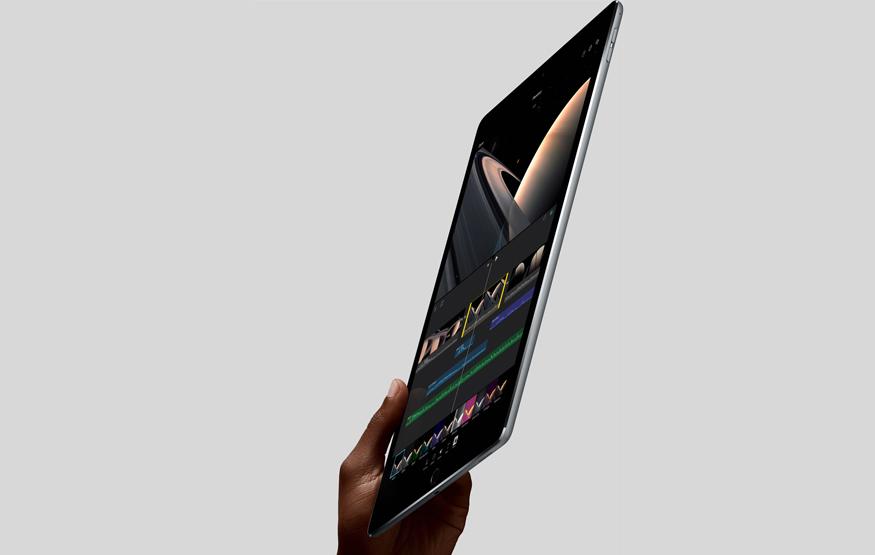 Apple's supersized 12.9-inch iPad Pro will have a starting price of AUD$1,249 when it goes on sale locally this Thursday. AUD$1,249 gets customers the 32GB Wi-Fi only iPad Pro, while AUD$1,699 buys a 128GB 4G-enabled model. Both are available in a choice of silver, gold or space grey.

The iPad Pro's two key accessories – the Apple Pencil and Smart Keyboard – will retail for AUD$165 and AUD$269 respectively.

The iPad Pro's 12.9-inch Retina Display runs at a resolution of 2732 x 2048 pixels. Apple says the width of the iPad Pro's screen is the same as the height of the iPad Air, allowing users to run existing iPad apps at their native resolution, while leaving space for another on the side.

Powered by an A9X processor – a souped up version of the chip found inside the new iPhone 6s and iPhone 6s Plus – the iPad Pro is said to be "faster than 80% of portable PCs that shipped in the past six months".

Despite the jump in screen size, the Apple’s biggest tablet is just 6.9mm thick – 0.8mm thicker than the iPad Air 2. In terms of weight, it measures in a 712g. Apple says the iPad Pro should last 10 hours per charge.

The iPad Pro will launch with two key accessories: the Smart Keyboard and Apple Pencil.

While the Apple Pencil is a typical stylus, pairing it with an iPad Pro does however unlock additional functionality in apps such as the Office suite and Notes. Notably, the Apple Pencil recharges using a Lighting connector, allowing users to plug it straight into the iPad for a top up. 15 seconds of charge is said to provide 30 minutes of battery life. The Apple Pencil can be used for up to 12 hours on a single charge.

Both the Smart Keyboard and Apple Pencil will be sold separately, and are only compatible with the iPad Pro.

The iPad Pro and its accessories will be available from Apple's retail stores, Apple's online store, and authorised Apple resellers.