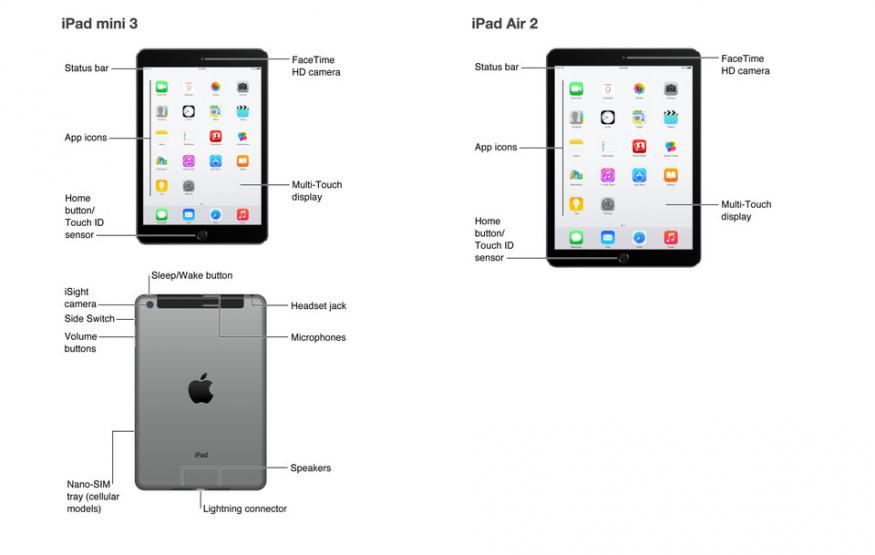 Apple has made a very un-Apple mistake ahead of tomorrow's press event; the company accidentally revealed the iPad Air 2 and iPad mini 3. An official user guide for iOS 8 in the iTunes store had its content updated ahead of scheduled, and pictured both new devices. The iPad User Guide is still on iTunes, but is currently unavailable to download.

The images revealed that aside from the addition of a Touch ID fingerprint scanner, the latest iPads look almost identical to their predecessors. While the guide didn't divulge many other details, it suggested that iPad Air 2 will boast a burst photography mode, a feature that doesn't appear to be available on the mini 3.

One other detail noted in the guide is the name: "iPad User Guide for iOS 8.1". iOS 8.1 is currently unreleased, suggesting that Apple may announce a minor upgrade to their mobile operating system tomorrow. It is expected that this will enable Apple Pay support for American users.

Apple's event will take place at 4am AEST tomorrow, and we'll be updating CyberShack as it happens.