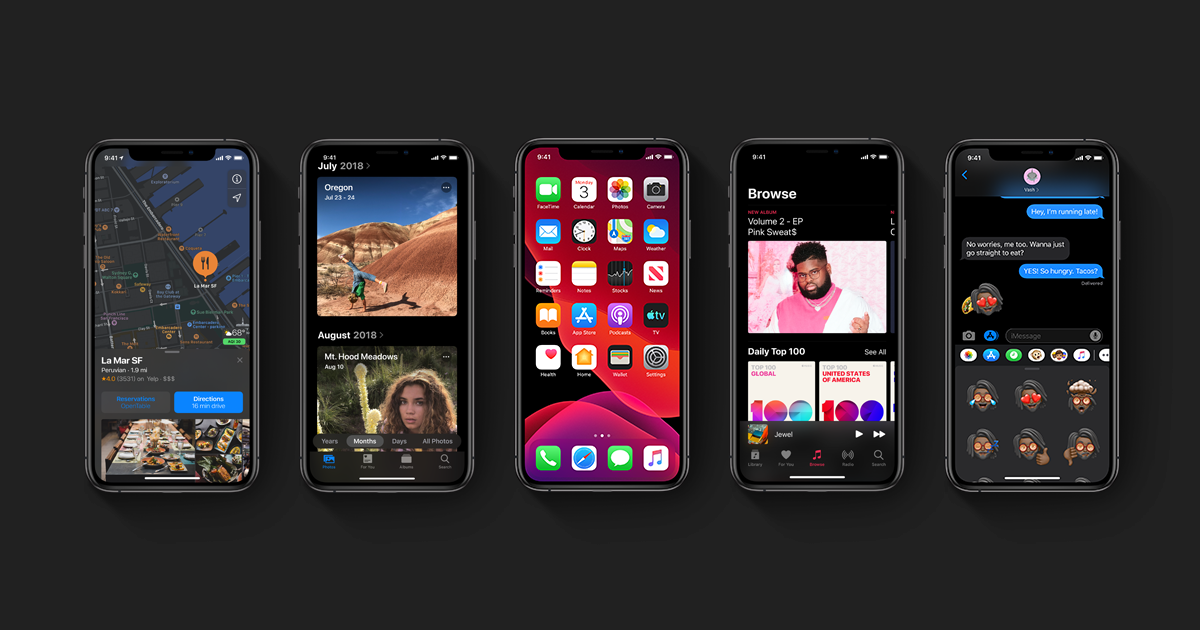 The latest update for Apple devices is out now, with iOS 13 available for almost every iPhone from the 6s onwards.

There’s reportedly still a few bugs left for the company to iron out, but these are expected to be resolved next week.

New features included in iOS 13 are a system-wide dark mode, swipe typing for the standard keyboard, a bunch of new privacy and security related functions, as well as performance upgrades.

Apple Arcade, Apple’s subscription-based gaming service is also ready to play with alongside the new update. For a monthly fee of $7.99, you can get access to hundreds of titles, many of which are system-exclusive and all of which are free from in-app purchases and ads.

iPads are receiving a separate operating system update with iPad-specific functionality on the 24th September. iPadOS will include features like USB drive support, a slightly tweaked home screen interface, and several new gestures.