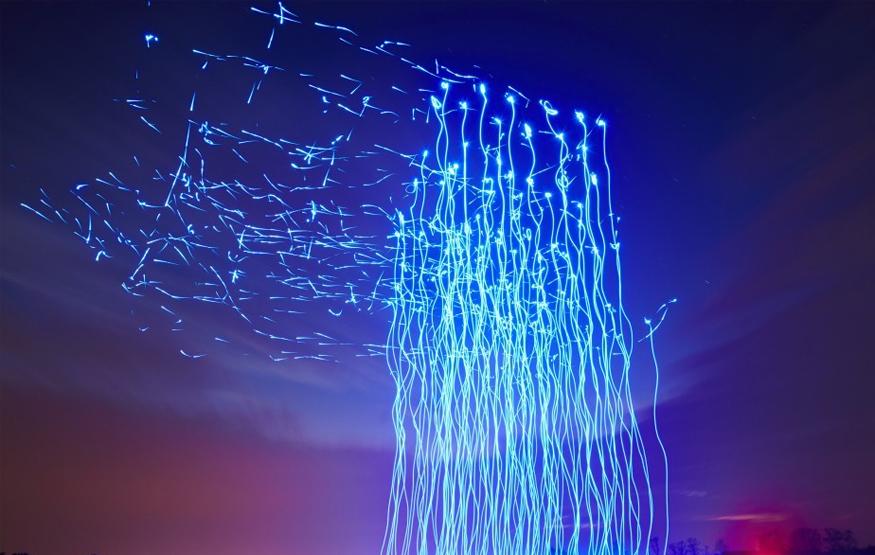 Intel is set to bring its world-record-setting choreographed drone show to Syndey as part of Vivid. Dubbed Drone 100, the performance features 100 illuminated drones flying through a choreographed routine, backed the Sydney Youth Orchestra.

Weather permitting, Drone 100 will fly over Sydney Harbour for five nights between June 8 and June 12. The performance will last for about seven minutes and start at 7:55pm each night. While the show will be visible from all along the harbour, Intel is also setting up a VIP viewing area next to the Opera House. Tickets will be free, but interested attendees will need to nab them by following instructions due to be posted on Intel's Facebook page.

When Drone 100 was first performed in Germany November last year, it set the Guinness World Record for the highest number of unmanned aerial drones flying simultaneously.