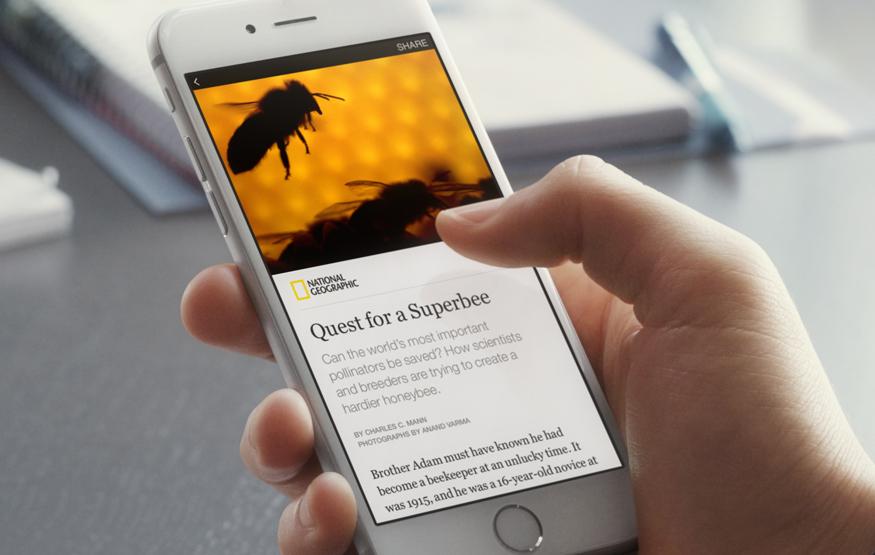 The social network, boasting over 740 million daily mobile visitors, has partnered with nine news organisations to serve up stories directly within its iPhone app, rather than simply linking to content hosted externally. These outlets are the initial partners in the venture and include major names such as The New York Times, National Geographic, BuzzFeed and BBC News.

Facebook stated that articles accessed via the Facebook mobile app take an average of eight seconds to load, making them the slowest content type that they deliver. In the hyper-fast, instant gratification world of social media, time spent waiting for content to load results in lost eyeballs, likes and shares.

As such, Instant Articles content will be hosted on Facebook's own servers, with stories preloading while users browse their news feeds, making the articles ready to view almost instantly once clicked.