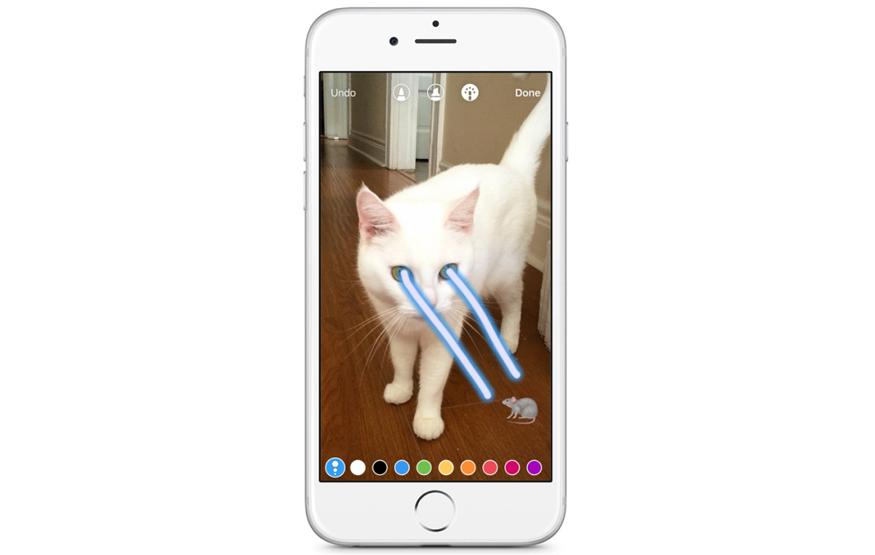 With its latest update, Instagram introduced "stories", a secondary 24 hour timeline shamelessly stolen from Snapchat. As with Snapchat's feature (which coincidentally, has the same name), Instagram stories are ephemeral photos and videos that stick around for just 24 hours. While these don't appear in Instagram's main feed, they are visible to anyone if you've got a public profile.

"With Instagram Stories, you don’t have to worry about overposting. Instead, you can share as much as you want throughout the day — with as much creativity as you want," wrote Instagram on its official blog. "You can bring your story to life in new ways with text and drawing tools. The photos and videos will disappear after 24 hours and won’t appear on your profile grid or in feed."

If you want to try out the feature, you can do so by updating the app, and then tapping the plus icon in the app's top left hand corner. Here you'll have the option to take a photo or video, doodle on it, and add text. Unlike traditional Instagram posts, stories can't be commented on or liked.

Instagram's parent company Facebook has tried (and failed to successfully) emulate Snapchat multiple times. These have included Poke, Slingshot, and Bolt, all of which fizzled out shortly after launch. In 2013, Facebook tried to buy Snapchat for USD$3 billion, which Snapchat passed on.