Infinity:One is a AUD$350 Surface Pro for kids 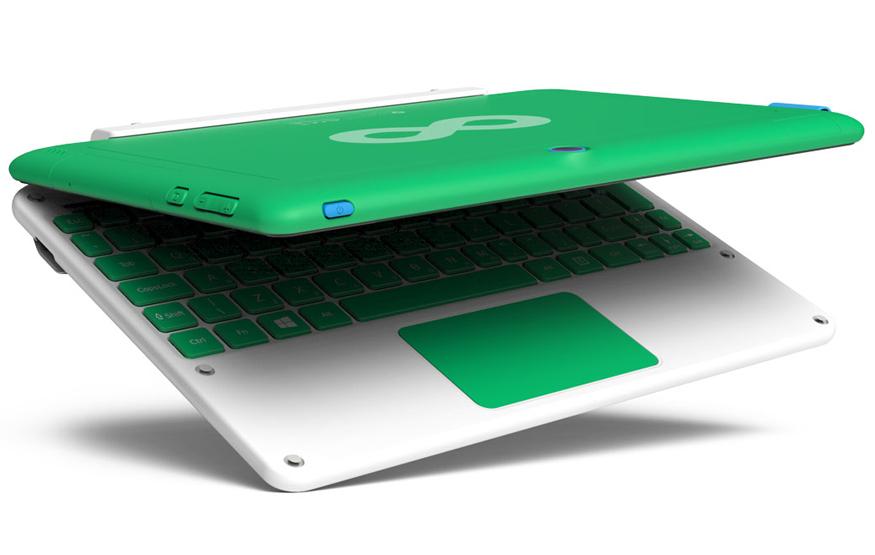 Australian not-for-profit One Education is now taking pre-orders for its first commercially available device, a Windows-powered AUD$350 (AUD$318 plus GST) two-in-one that founder and CEO Rangan Srikhanta describes as a "Surface Pro for primary school children".

One Education was born out of the Australian branch of One Laptop Per Child, a non-profit organisation that produced inexpensive rugged notebook computers (named XO) designed for children in third world countries. One Education improved on the One Laptop Per Child formula by backing a local XO rollout with bonuses such as charging stations, repair kits, and training for staff and students.

This would ultimately spur on the design of what's now referred to as Infinity:Concept, a modular computer that's easy enough for students to repair themselves. All of its main components – screen, CPU, battery, Wi-Fi chip, camera, and battery – are separate modules, meaning the device can be upgraded or repaired on the fly. This would enable Australian schools to trade in components they are no longer using, which could then be donated to those in need.

While a modular computer is still a goal One Education is working toward, the company's first commercial device is a somewhat more conservative two-in-one: the Infinity:One. Srikhanta says that One Education still needs further funding and development to make its modular dream computer, and that the release of Infinity:One allows the organisation to work toward that vision.

"Microsoft has helped us find manufacturing partners who could help make the Infinity:Concept a reality," Srikhanta told CyberShack. "At this early stage, it was going to take a lot of money and more development to make the concept a reality; drop testing, water resistance, tooling costs. What we needed was a manufacturing partner to join us on this journey. We found that organisation, who was headed in the same direction as us and the Infinity:One is our first step in that journey."