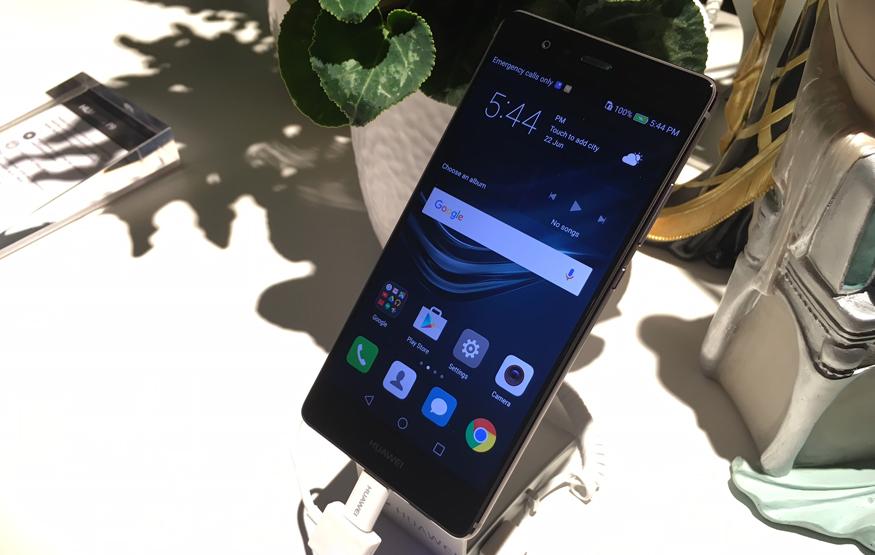 Huawei's latest flagship smartphone – the 5.2-inch Huawei P9 – will go on sale in Australia as of July 5, with pre-orders kicking off from June 28. The new handset is the first Huawei smartphone that all four major Australian telcos will range; the P9 will be available on contract from Telstra, Optus, Vodafone, and Virgin. On contract pricing has yet to be confirmed. Outright, the P9 will be available for AUD$799 through Harvey Norman, JB Hi-Fi, Leica boutiques, Huawei experience zones, and DigiDirect.

The P9 stand out from the crowd thanks to a unique dual rear-facing camera setup; Huawei's paired a traditional 12MP camera with a second, monochrome 12MP camera. Since the second camera only shoots in black and white, Huawei says it is able to take in triple the light information of the conventional camera it sits next to. This is said to improve low-light performance, and result in photos with better contrast across the board. The P9's camera is Leica branded, but is said to be "co-engineered" with the luxury camera company, rather than manufactured by it.

Huawei has yet to confirm whether the P9's bigger brother – the 5.5-inch P9 Plus – will see a local release.