Huawei bringing its massive 8-core phablet to Australia next week 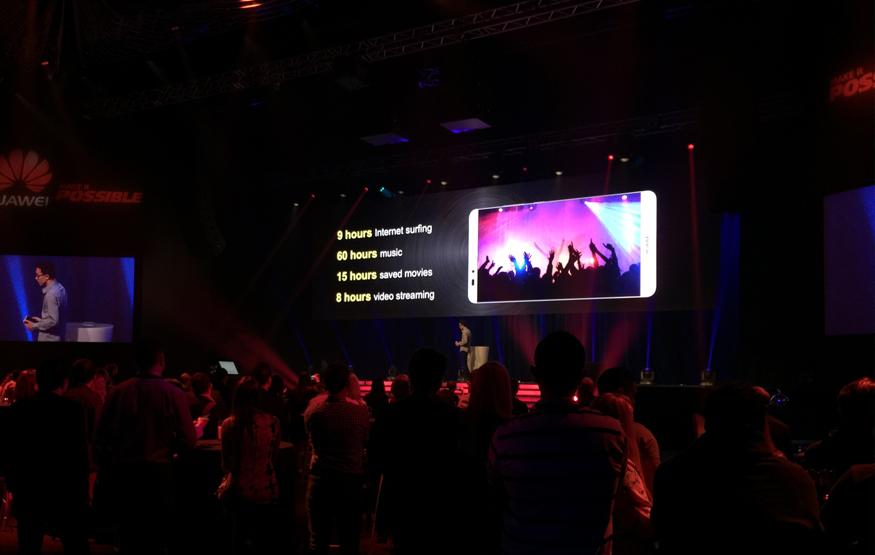 Huawei's new handset is just 7.9mm thick and weighs 185 grams. Bezel has been reduced to 2.9mm, giving the Ascend Mate7 an 83% screen-to-body ratio.

The Ascend Mate7's flagship feature is what's being described as an "eight-plus-one-core" processor; the Kirin 925. The processor is made up of four 1.8GHz cores, four small 1.3GHz cores and a single 230MHz core. These cores are activated in various configurations depending on the power requirements of an app or function. Huawei suggests use of the 1.3GHz cores can reduce battery drain by up to 50%.

The Ascend Mate7 shares the same 6-inch screen as its predecessor, but the resolution has been increased from 720p to a 1080p. This provides a pixel density of approximately 370 ppi. Huawei has not opted for a Quad HD display as featured in similar sized phablets such as Samsung's Galaxy Note 4 or Google Nexus 6.

In addition, the Ascend Mate7 boasts a 4100mAH battery, 13 megapixel rear-facing camera, rear-facing fingerprint reader and CAT6 LTE, making it compatible with the 700Mhz spectrum. The device runs a modified version of Android 4.4.