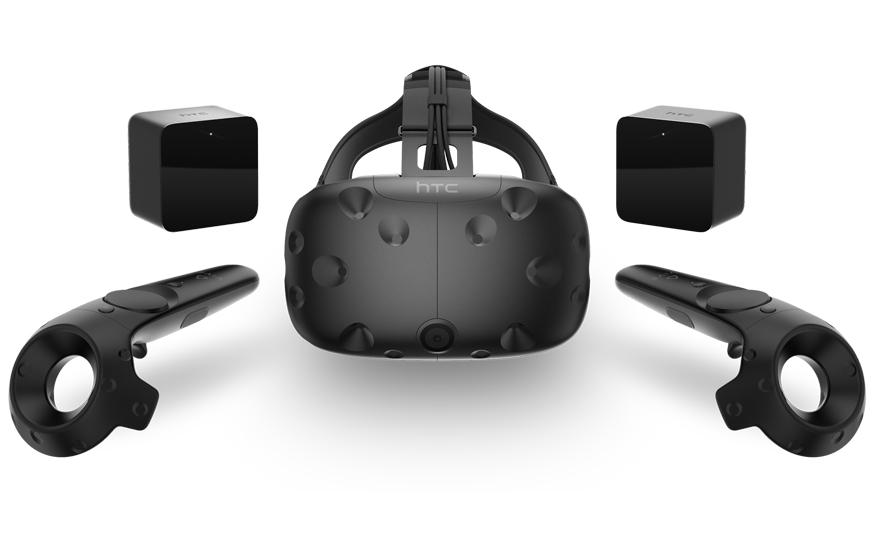 HTC will begin taking pre-orders for its virtual reality headset – the Vive – on February 29, ahead of an April shipping date. Built in collaboration with video game powerhouse Valve, the Vive Consumer Edition will set back early adopters USD$799 and ship to 24 countries including Australia.

While virtual reality titles typically require the user to sit or stand in one spot, Vive is also able to track a user's movement in a given space. This creates the illusion of physically walking around inside a virtual world. A HTC representative told CyberShack that gamers will need a minimum space of 1.5m by 1.5m to use Vive. Ideally, 4.5m by 4.5m is needed for the optimal experience.

In the box, customers will find the Vive headset itself, two wireless controllers, a pair of movement sensors, a link box for connecting to a PC, and a pair of earbuds. Anyone who pre-orders the headset will receive a copy of Job Simulator and Fantastic Contraption.

HTC has yet to confirm exact hardware requirements, but at a minimum, users will need a computer with a NVIDIA GTX 970 or AMD Radeon R9 290 graphics processor. Much like Oculus, HTC and Valve are planning to offer Vive bundles with PC and graphics processor manufacturers. These have yet to be confirmed.

Oculus started taking pre-orders for its own virtual reality headset – the Oculus Rift – at a higher than expected USD$599 per unit. Despite the hefty price, shipping timeframes quickly fell from March to June.